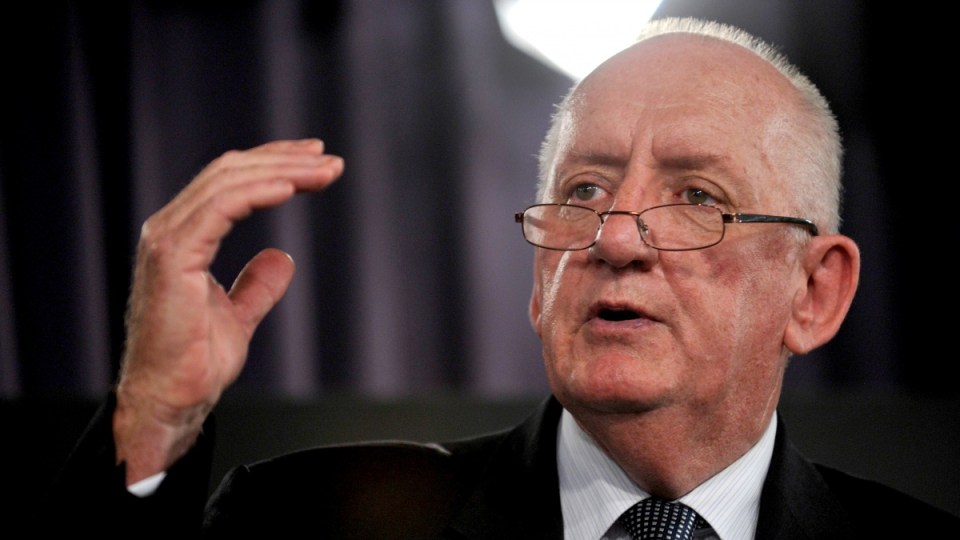 Mr Fischer has previously revealed he was having chemotherapy treatment. Photo: AAP

The 16-month delay in the United States posting an ambassador to Canberra is a sign that Australia has been “downgraded”, says former deputy prime minister Tim Fischer.

The Australia-US relationship is again under the microscope after The New York Times revealed Canberra’s top envoy in the UK, Alexander Downer, helped spark an FBI investigation into Russia’s role in the US election.

Mr Fischer told Fairfax Media on Tuesday that the delay in the US posting an ambassador to Australia is a sign of tensions between the nations.

“This is now bordering on a diplomatic insult,” Mr Fischer said. “We’ve been downgraded, despite all the nice noises. We are a low priority.”

Prime Minister Malcolm Turnbull has said he is not worried about the saga damaging his relationship with US President Donald Trump, but Labor wants an explanation into the Australian diplomats’ involvement in the FBI investigation.

Trump campaign adviser George Papadopoulos told Mr Downer during a meeting in London in May 2016 that Russia had thousands of emails that would embarrass Democratic candidate Hillary Clinton.

Australia passed the information on to the FBI after the Democratic party emails were leaked, according to the Times, which cited four current and former US and foreign officials with direct knowledge of the Australians’ role.

The prime minister’s personal relationship with Mr Trump got off to a rocky start with a heated phone call over the US refugee resettlement deal a year ago.

Mr Fischer said that tensions over the resettlement deal are to blame for the lack of ambassador to Canberra. The post has been empty since September 2016.