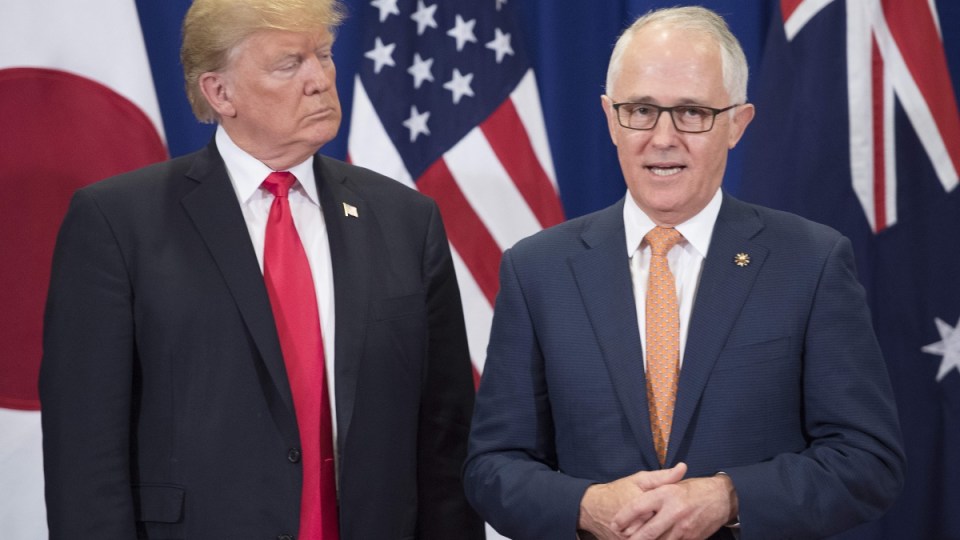 Malcolm Turnbull (R) does not believe relations with the Trump Whitehouse will suffer. Photo: Getty

Malcolm Turnbull says reports Alexander Downer passed on intelligence which ended up sparking the FBI’s investigation into Russian election meddling will not damage Australia’s relationship with US President Donald Trump.

The PM says he has not spoken to US administration about Downer revelations.

The New York Times reported that the FBI probe into alleged collusion between the Trump campaign and Russia was sparked after Mr Downer, the Australian High Commissioner to the UK, passed on intel he gained during a boozy night in London.

Today Mr Turnbull said he had not spoken to anyone in the US administration about the revelations, but said he was not worried “at all” about any fallout with Mr Trump.

“The relationship is in excellent shape and the connections between Australia and the United States are so diverse, numerous, so strong, and indeed, our relationship through the State Department is excellent as well,” he said.

The New York Times report claimed Mr Downer met former Trump campaign aide George Papadopoulos during a night of heavy drinking at the Kensington Wine Rooms in London in May 2016.

During their booze-fuelled conversation, Mr Papadopolous reportedly told Mr Downer about his contacts with the Russians and said there was political dirt on Hillary Clinton.

Two months after that meeting in May, Australian officials allegedly passed the information onto the FBI.

Mr Turnbull did not comment further on the reports, saying the “Government won’t be making additional comments on a matter that relates to an ongoing investigation in the US”.

Last October, Mr Papadopoulos pled guilty to lying to the FBI about his campaign contacts with Russian officials.

The political arts graduate worked as a foreign policy advisor for Mr Trump during his 2016 presidential campaign.

PM says Trump probe is no Downer for Australia