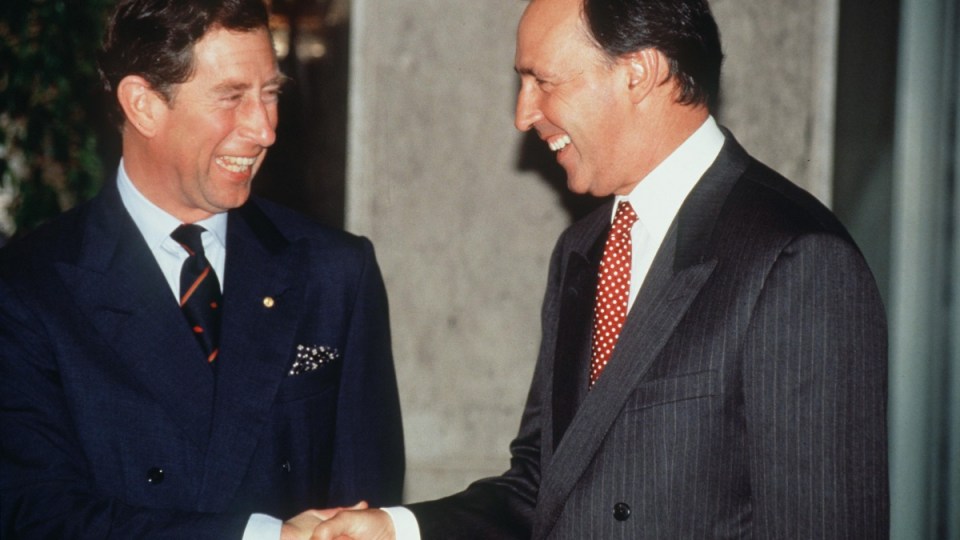 Paul Keating was opposed to a popularly elected president in a new republic. Photo: Getty

Australians might elect a president of the wrong “calibre”, the Keating government was warned during the republic debate.

The documents – kept secret for more than two decades – have been released today by the National Archives of Australia.

Here’s some of the standout issues Parliament was considering during the period:

Public should not elect president of Australian republic

Paul Keating’s push for a republic featured heavily during his final term in office.

The Prime Minister’s Department cautioned against letting voters choose the president, saying appointment by Parliament would provide “effective safeguards in respect to the calibre and non-partisanship of candidates”.

Mr Keating later told cabinet “it is imperative that his or her mandate does not flow from popular election”.

In June 1995, he announced a plan for the head of state to be elected by both houses at a joint sitting of Parliament.

Former Keating government minister Kim Beazley last month revealed he was not confident: “I just felt we did not have a show of getting the republic through without a directly elected model”.

Even in 1994, the government was grappling with how to reduce carbon emissions, with Australia well off track for its year-2000 target.

But Labor feared damaging the economy and did not adopt the measures.

Cabinet also rejected a proposal to increase the tax on plastic bags.

After winning hosting rights for the Sydney 2000 Olympics, the next task was “maximising” Australia’s medal count.

Sports minister John Faulkner told cabinet Australia would be judged “far more … on its sporting success” than its competent running of the Games.

“Their ‘place’ in Australian history will depend on the sporting heroes produced,” he said.

Mr Faulkner used a year-by-year breakdown of Perkins’ career from age 12 to successfully argue for a funding boost for athletes.

Selling off the Mint

In 1995, officials again urged Cabinet to consider selling the Royal Australian Mint, saying there was “no reason” the private sector could not make Australia’s coins.

“Around 80 per cent of its employees [are] involved in production of non-circulating coinage,” the Finance Department submission read.

After legislating native title in 1993, cabinet’s focus turned to defending the new system against the Western Australian government.

Ministers were told WA was “implacable” in its opposition, and were warned it could overwhelm the National Native Title Tribunal.

“Significant scope exists for WA to effectively overload and delay the operation of the Commonwealth’s system,” the Prime Minister’s Department warned.

The government decided to sell its remaining shares in the Commonwealth Bank.

Cabinet also agreed on a plan to privatise major airports, while pledging millions for the “accelerated” development of a second Sydney airport at Badgerys Creek.

The Keating government wanted the new facility to open in 1998 or 1999, but John Howard’s Liberal government dumped these plans.

Ahead of the 1995 budget, Treasurer Ralph Willis proposed increasing the top marginal tax rate (for people earning more than $50,000 a year) to 50 per cent, but colleagues rejected the push.

In 1994, the government announced the $6.5 billion employment program, Working Nation.

It aimed to help long-term unemployed people, but Cabinet heard getting businesses to support these jobseekers “was a significant task”.

Ministers were told that individuals were trying to avoid their obligations by moving to areas with few jobs.

“There is a discernible increase in the number of people moving to small blocks in Queensland apparently with the intention of living on income support,” one submission read.

Cabinet papers 1994: The republic and a carbon tax