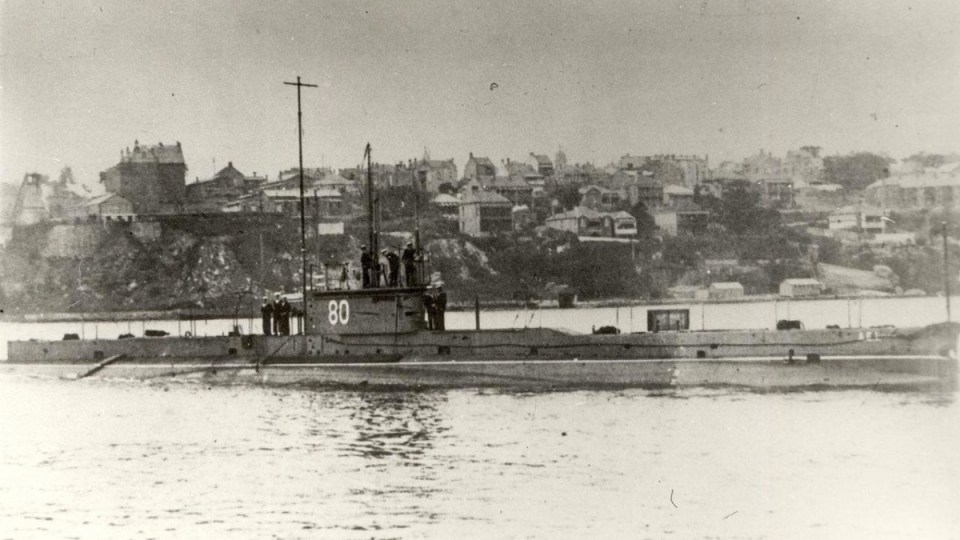 Australia's oldest naval mystery has been solved with the discovery of the nation's first submarine more than 100 years after it disappeared. Photo: Twitter

One hundred and three years ago the Australian World War I submarine AE1 vanished without a trace.

Now it’s been found, ending one of the nation’s most puzzling and oldest naval mysteries.

AE1 went missing while on patrol off East New Britain on September 14, 1914, with 35 Australian, New Zealand and British crew on board.

There was no distress call and no witnesses.

It was the first wartime loss for the Royal Australian Navy and the first Allied submarine loss in World War I, according to Defence.

Over the years there have been 13 searches for AE1. One, in 2013 involved a navy minehunter and another in 2014 used multi-beam sonar carried aboard a chartered mining survey boat.

Most were confined to an area east of Duke of York Island, off the New Britain capital Rabaul.

AE1’s final contact with destroyer HMAS Parramatta at 2.30pm, more than a century ago, placed her in this area.

Mioko Island villagers at the time spoke of seeing a “monster” or “devil fish” that appeared and quickly disappeared into the water.

It was always assumed AEI was not a victim of enemy action because only German vessel nearby at the time was a small survey ship.

Because no wreckage, oil or bodies were found it was also believed AE1 sank intact, most likely after striking a reef that punched a hole in the pressure hull.

Whether or not this is what happened is still to be publicly verified.

The primary search depth was 400 metres down. The submarine was eventually found in 300 metres of water. It appears to be well preserved and in one piece.

AE1 was one of two E-class submarines built in Britain for the new Australian navy. It was launched in May 1913 and commissioned into the navy in February 1914.

In one of the epic feats of naval warfare, her sister vessel AE2 achieved fame when she penetrated the Dardanelles waterway at the same time Australian troops landed on Gallipoli.

After attacking Turkish shipping in the Sea of Marmara, AE2 came under fire from a Turkish gunboat and was scuttled so she would not fall into Turkish hands and the crew ended up in a Turkish prison camp.

Her wreckage was discovered in 1998.

To remember both vessels and crews, brass commemorative plaques were dedicated in a ceremony at the Australian War Memorial in Canberra in 2014.

Dotted around the memorial grounds are more than 200 plaques for Australian military units, but these were the first for Australian navy ships of World War I.

Soon, AE1 will have its own memorial at her final resting place.

And the Australian and British descendants of her crew will finally have the answer to how she came to founder in those cold waters more than 100 years ago.