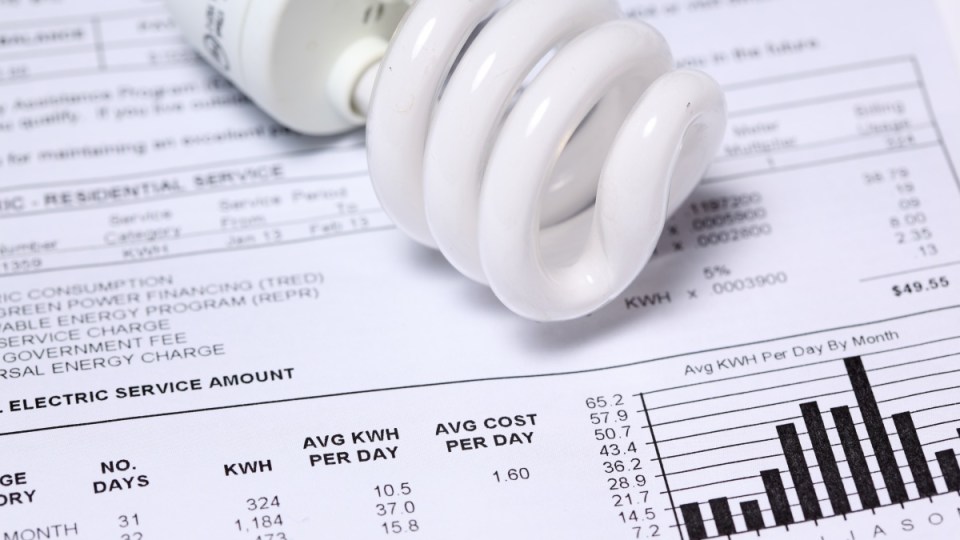 Some consumers have experienced bill shock due to estimated meter readings. Photo: Getty

Power bills are set to fall next year but the drop won’t last unless electricity companies keep building new generation and storage.

This contrasts with the trend over much of the past decade when prices were driven up by increased network costs as companies upgraded their poles and wires.

Chairman John Pierce says the sharp hike to bills in the past year was the effect of the closures of Hazelwood and Northern coal-fired power stations without any replacement generation, and the high cost of gas.

But the commission expects household bills to drop by about $200 over the next two years as a large amount of cheap wind and solar generation – contracted under the renewable energy target – comes online.

This would bring bills back into line with where they were in 2016.

However, the commission warns that lower wholesale prices over time could lead to more coal-fired power plants closing sooner than expected because they would no longer be commercially viable.

“Without investment in replacement dispatchable capacity, wholesale prices will go up again and remain volatile and the rollercoaster will be repeated,” Mr Pierce said.

The Australian Energy Council, representing major electricity companies, expects households and business will welcome the news prices appear to have hit a peak on the east coast.

But chief executive Matthew Warren also warned government still had to push on with national policy reforms to make sure costs didn’t spike again when the next round of older power stations closed.

The government is developing its new national energy guarantee policy, which is expected to encourage new investment in both generation capacity that is dispatchable, or able to be called upon when needed, and that has low emissions.

Meanwhile, a new rule put in place on Monday bans electricity retailers from offering customers “discounts” on rates that are higher than their standard plan.

Energy Minister Josh Frydenberg says the rule change will stop retailers making offers that can be confusing for consumers while helping people save money.