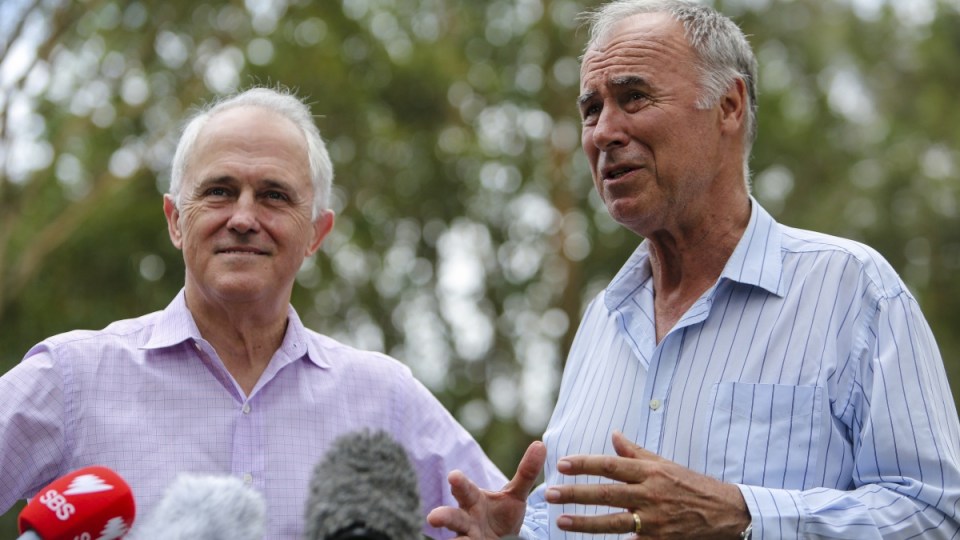 John Alexander apologised for his remarks on Sunday. Photo: AAP

Newly re-elected Liberal MP John Alexander’s attempt to hose down controversy over a joke he told about a disabled parking sticker has been slammed as a “half apology”.

Hours before the final Newspoll of the year showed the Coalition still trailing Labor 53-47 on two-party terms, Mr Alexander said he apologised “if anyone” had been offended by the anecdote he told after winning the Bennelong byelection.

Speaking to Liberal Party supporters on Saturday night, he recalled a time when he thought his tennis career was finished due to a back injury.

“I started coaching there at one point, and then the back got better,” he said.

“I was actually eligible for the disabled sticker on my car. And then I got to about No.14 in the world.

“The doctor at the time said, ‘You have eligibility for a disabled sticker’. I said, ‘I still have some pride’. That was before I entered politics. I digress.”

Standing beside Prime Minister Malcolm Turnbull, Mr Alexander laughed as he delivered the joke, as did the crowd. Mr Turnbull appeared uncomfortable when he heard the punchline.

On Sunday, Mr Alexander apologised, but also suggested critics were being “mischievous with the interpretation” of his comments.

“What I was saying was that nobody who doesn’t have the right, or really deserves to have such a parking sticker, should take it,” he said.

“You can be mischievous, but if anybody’s been offended I apologise. But the point was that no one should take a disability sticker who shouldn’t have it, or deserve it, or really need it.”

“It was a half apology and was rather offensive,” he said.

“To come out and not just say sorry but ‘sorry if I offended anyone’ … and then to claim he’s done many amazing things for people with disability, more than other people. Well, I think we could challenge him on that.

Mr Bowden said it was vital politicians led by example when discussing the issue of disability.

“Having an accommodation to you such as a parking sticker is done for an important reason,” he said.

“It’s not something you should be making jokes about. To say that you wouldn’t be proud … is really where the offence comes from.

“People need their MPs to be leading and encouraging people to be proud of who they are.”

Mr Alexander’s gaffe put a dampener on the huge byelection win, which restores the government’s lower house majority and follows the resignation of Labor senator Sam Dastyari and the passage of same-sex marriage through Parliament.

More bad news came on Sunday night with the release of the year’s final Newspoll, published in The Australian, which showed Labor still leading by one point on the primary vote (37-36 per cent) and by six points in two-party terms.

Mr Turnbull came to Mr Alexander’s defence on Sunday, praising his character and accusing Labor of failing to fully fund the NDIS.

“John has already said that [to] those people who were offended, he apologises,” he said.

“John is a great Australian with a big heart. He respects everybody in this community, and he shows real leadership, particularly in the area of disability services.”

Earlier, three-time Paralympic gold medallist Kurt Fearnley said Mr Alexander was “kidding himself” if he thought the joke was acceptable.

I’m not one to get offended, and I’m not offended. Cause I choose not to be offended by the ignorant. But I spend my life convincing disabled kids that they are awesome. Then they hear that. You’re kidding yourself if you think that language is ok. https://t.co/av87hXYcSQ

Mr Alexander was also forced to apologise last month after 22-year-old footage resurfaced of the former tennis star telling a crude joke about a “black guy” and a rape.

John Alexander slammed over ‘half apology’ for disability joke