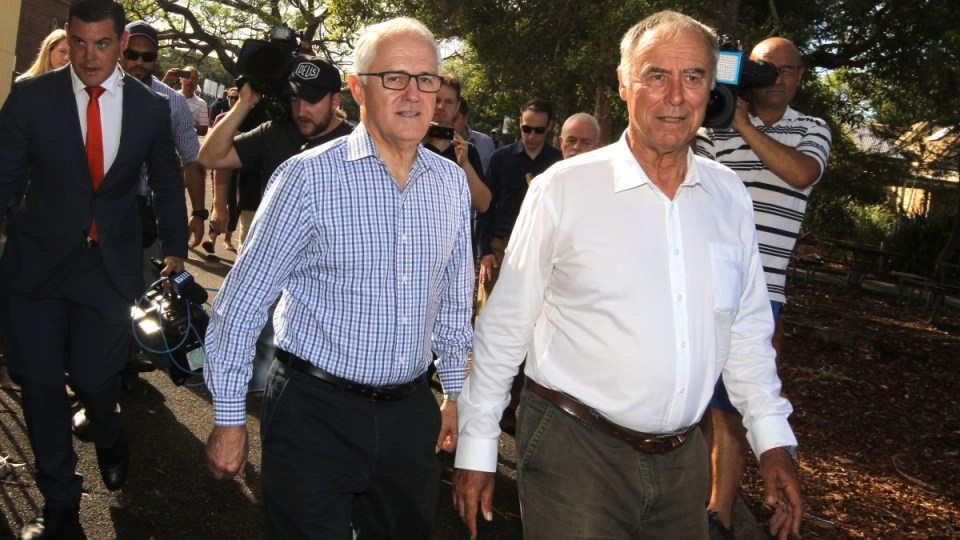 Prime Minister Malcolm Turnbull and Opposition Leader Bill Shorten have joined their candidates as polling booths opened in the crucial Bennelong byelection with the government’s one-seat majority in the lower house hanging in the balance.

The final week of the campaign has been filled with stunts and dirty tricks from both sides as polls indicate the major parties are neck and neck.

Polls indicate the major parties are neck and neck and Mr Turnbull acknowledged it was a “very, very close contest” when he and Liberal candidate John Alexander met with voters at Gladesville Public School on Saturday morning.

“Australia’s security and prosperity depends on John Alexander being back part of our government, delivering more than 1000 jobs a day,” he said.

Labor candidate Kristina Keneally was joined by Mr Shorten and declared she was feeling “energised” by the campaign before handing out how-to-vote cards at Ryde East Public School and would campaign until booths closed at 6pm.

“There has never been a more important vote in Bennelong,” she told reporters.

“Indeed the people of Australia are looking around at Bennelong, looking at this seat and wishing they were having their chance to have a say on this government.”

Mr Shorten told reporters the government was “out of touch, and here in Bennelong the people have a chance to say, ‘pull your socks up, mate'”.

The ALP has sought to redefine the poll as a referendum on Mr Turnbull’s leadership.

Labor’s claim that Mr Turnbull was “China-phobic” was repeated by Ms Keneally, pledging to “stand up for the Chinese community in Bennelong”.

“There is no doubt in my mind when he starts quoting Chairman Mao in Chinese and as the experts say, misquoting him, you say, What’s going on?” he said.

“I don’t want Mr Turnbull quoting Chairman Mao, and misquoting him, I want him fixing schools and hospitals.”

Meanwhile, the Liberals have continually reminded voters of Ms Keneally’s time as NSW premier, when she led Labor to the biggest election defeat in the state’s history.

A loss in Bennelong on Saturday would leave the government with 75 seats, meaning Mr Turnbull would no longer have a one-seat majority in the House of Representatives.

A Galaxy poll published in The Daily Telegraph has forecast a close result, with Mr Alexander holding a narrow 51-49 two-party lead over his Labor rival.

Leaders turn up to support their candidates in crucial Bennelong byelection