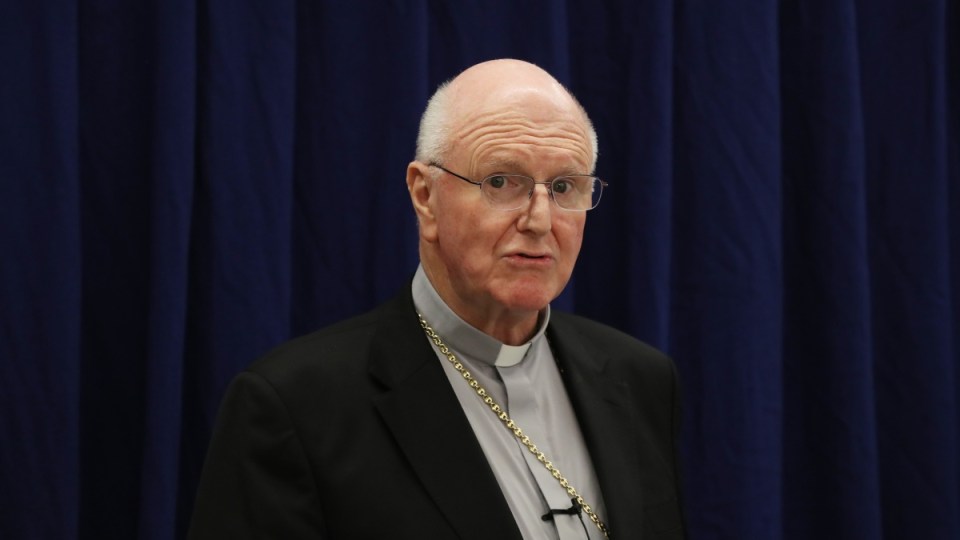 The Vatican should consider allowing Catholic priests to be “voluntarily celibate” and change many of their ancient canon laws to help prevent child abuse, according to strong recommendations made on Friday.

Calls for huge changes that would affect the whole culture of the Catholic Church worldwide were made shortly after the explosive final report of the Royal Commission Inquiry into Institutional Responses to Child Abuse was handed to Governor-General Sir Peter Cosgrove in Canberra.

The commission has asked for the Australian Catholic Bishop’s Conference to call for the Vatican to make many major controversial changes, including an overhaul of the confessional.

However, resistance was shown almost immediately among senior ranks, with Archbishop of Melbourne Denis Hart reiterating his stance that the sacred seal of the confessional should never be broken — even to report a crime.

The 76-year-old, a close friend of Cardinal George Pell, said in a media conference on Friday: “I couldn’t report the abuse from what I heard in the confessional”.

However, the Archbishop added he “would do everything” he could to get the person outside and tell them “we’ve got to go to the authorities”.

He also said he didn’t think the commission had damaged the credibility of the church saying, “We are a humble church.”

The report covers five years of testimony and the harrowing accounts of thousands of survivors. It called for methods to make it easier to prosecute institutions that have failed to protect children.

Other recommendations included the creation of a national office for child safety, plus a website and telephone helpline for reporting abuse.

Royal Commission CEO Philip Reed said that through the work of the royal commission, the Australian public has learnt about the multiple and persistent failings of institutions to keep children safe, the cultures of secrecy and cover-up, and the devastating affects child sexual abuse can have on an individual’s life.

“The final report tells the story of institutional child sexual abuse in Australia, and provides recommendations to shape a safer future for children,” Mr Reed said.

“We have now completed our work. It’s up to governments and institutions to take the next steps and implement the royal commission’s recommendations.”

Together with the three final reports already released – Criminal Justice, Redress and Civil Litigation and Working With Children Checks – Commissioners have made a total of 409 recommendations.

Gary Bouma, Professor of Sociology at Monash University, told The New Daily he was not surprised that “push back” has already begun from senior figures such as Archbishop Hart.

“I think there will be enormous push back from the Catholic Church on this in a variety of ways – it will be a defence of a thousand years of tradition or more,” he said.

“In terms of asking the bishops to scream at the Vatican to end celibacy it’s interesting that the commissioners made that recommendation.

“The push back on that will be enormous, but that does not mean it’s impossible.”

The government inquiry has no jurisdiction over Rome to make changes and “the difficulty will be getting the bishops to ask the Vatican to make changes”, Mr Bouma said.

During the inquiry, prompted by former Prime Minister Julia Gillard, the commissioners travelled to every state and territory to hold 57 public hearings and 8013 private sessions.

“This has opened significant wounds and people have told extremely heartfelt stories and the stomach for this kind of abuse is over,” Professor Bouma said.

“People, both men and women, are not willing to put-up with this crap anymore.”

The Australian Government provided the royal commission with a total of $372.8 million over five years to complete its work, including the two year extension.

The royal commission’s total estimated expenditure is $342.3 million, meaning it is expected to complete its work under budget by just over $30 million.

Professor Des Cahill, a former Catholic priest who was a consultant during the inquiry, told The New Daily that Australia now becomes the test case for the Catholic Church as a direct result of the recommendations.

“The commission has documented a great detail of the failings of canon law, so this will be a test area for the Vatican,” he said.

“But the pressure is building on the Vatican to make changes because of so many scandals, so I’ll be surprised if they resist in the end.”