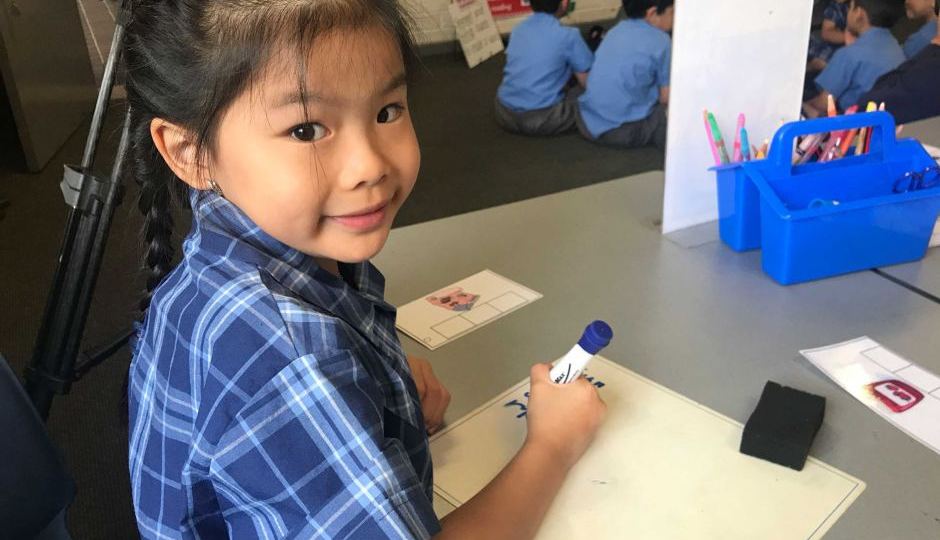 The literacy achievement of students who speak languages other than English is a success story. Photo: ABC

Children who grow up speaking a language other than English are outperforming native English speakers in spelling in some states, the 2017 national school assessment report card shows.

The literacy achievement of primary school students who speak languages other than English is the surprising success story to emerge from this year’s NAPLAN results.

Aboriginal and Torres Strait Islander students are also standout performers in reading and maths improvement over the past decade.

But this year’s national picture is mixed, and the federal government has described an overall decline in writing and reading scores as a “wake-up call”.

Hundreds of children begin their first year of primary school in Australia speaking limited English, and in some cases no English at all.

But by Year 3 they are outperforming native English speakers in spelling in New South Wales and Tasmania.

In most other states children with a language background other than English are performing on par with native English speakers.

Fairfield, in Sydney’s south-west is a melting pot of diverse cultures. A local Catholic school, Our Lady of the Rosary, welcomes about 90 students into kindergarten each year.

For almost all of those children, English is a second language.

Despite the challenges, it is among about 40 schools nationwide that have been identified as making the biggest gains in literacy and numeracy achievement.

“It’s wonderful to see them coming into school with little or no English, and then 12 months later how far they’ve come.”

Kindergarten teacher Julianna Merhi puts the results down to explicit phonics instruction in the early years of school.

“Because a lot of the children do come to us with limited language, building letter and sound correlation is very important,” Ms Merhi said.

Aboriginal and Torres Strait Islander children improved their NAPLAN results significantly during the past decade.

In 2008, only 63.4 per cent of Aboriginal students in Year 5 were meeting the minimum national benchmark in reading. Now, that figure has jumped to 75.5 per cent.

However, it still lags well behind the non-Indigenous figure of 95 per cent.

The school has made impressive gains in literacy in recent years, with a high proportion of its students achieving in the top bands for reading.

Principal Andrew Manning said the school partnered with about 100 families across the Top End, and the progress of students had been encouraging.

“It’s a product of years of work,” Mr Manning said. “It’s exciting to see a much longer-term picture beginning to bear fruit.”

Federal Education Minister Simon Birmingham said the NAPLAN results across the nation “should serve as a warning to educators and policy makers”.

Writing scores have declined on average and reading gains have flatlined among high school students.

There are also stark differences between boys’ and girls’ literacy results, with girls outperforming boys by a sizeable margin.

Nationally 93.8 per cent of girls are achieving at national minimum standards in reading, compared to 89.6 per cent of boys.

“We know how vital literacy skills are to setting students up for life beyond school, so the decline in writing scores and the flatlining of reading results should act as a wake-up call that some changes are required,” Mr Birmingham said.

Children from migrant families are standout performers in spelling