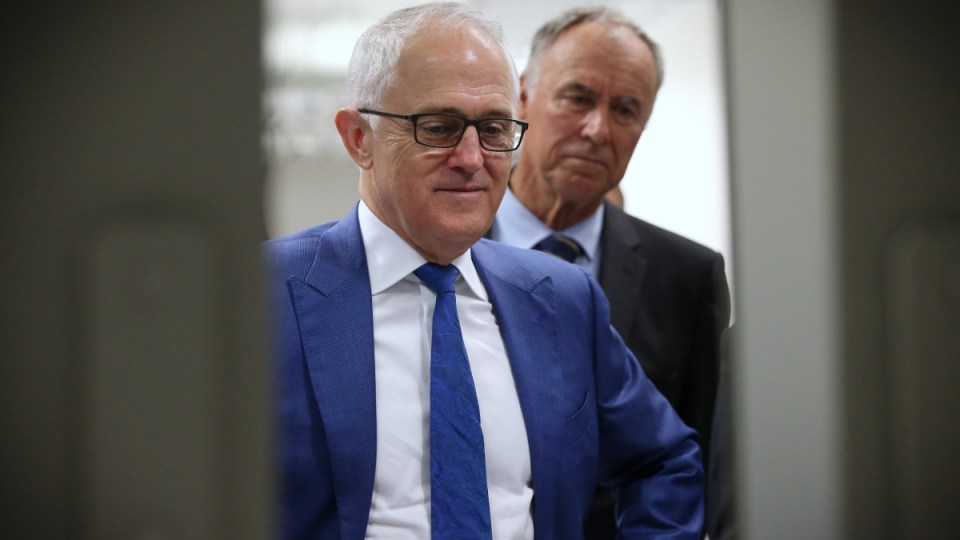 Malcolm Turnbull made the stark admission that a loss in Bennelong would be devastating. Photo: AAP

Malcolm Turnbull has declared a loss in Bennelong would bring Bill Shorten “very close to becoming Prime Minister”, a stark admission that acknowledges the high stakes of Saturday’s byelection for his leadership.

As the campaign turned nasty on Wednesday with the release of a Liberal Party-run attack ad website and both parties started bending the truth in a desperate race to the finish line, Mr Turnbull conceded a loss in Bennelong would be devastating.

“There is a very high cost in voting Labor in Bennelong because if Labor were to win in Bennelong then Bill Shorten would become very close to becoming prime minister,” he said.

The Turnbull government would be plunged into minority if Mr Alexander lost the seat, which he currently holds by an almost 10 per cent margin.

“We know that they’re getting tired by Malcolm Turnbull’s assertion that Asian-Australians are not fully fledged members of Team Australia,” she said.

“The last time I heard this rhetoric was from Pauline Hanson and One Nation 20 years ago. And people think that we were all well behind it.

“But Malcolm Turnbull’s reviving it.”

Mr Turnbull has used the term “Team Australia” in the past, and his tough rhetoric on Chinese foreign interference drew a fierce response from Beijing, but he has never suggested Asian-Australians were “not fully fledged members of Team Australia”.

Against the backdrop of a tight race, both parties have engaged in a tit-for-tat of name-calling, claim and counterclaim in the campaign’s final week.

Mr Turnbull also dodged a question about the Liberal Party’s decision to purchase a web domain, kristinakeneally.com, to smear Ms Keneally over her past links to the corrupt former Labor powerbrokers Joe Tripodi and Eddie Obeid.

The website is an escalation of the Liberals’ aggressive campaign against Labor’s star candidate after last week distributing anti-Labor ‘scratchies’ to appeal to the electorate’s large Chinese community. Labor complained to the AEC about the tactic.

Asked if the Liberals’ attack website was “fair campaigning”, Mr Turnbull instead tore into Ms Keneally by claiming that Obeid “put Kristina Keneally in as Premier” and that she then put him in cabinet.

“Her two first picks for cabinet, Obeid and [Ian] MacDonald, are now in jail,” he said. “That is a very relevant fact about her political career.”

Mr Turnbull repeated the claim on multiple occasions, but Obeid in fact last served in the New South Wales cabinet in 2003, well before Ms Keneally became premier in 2009. MacDonald was returned to cabinet under Ms Keneally. 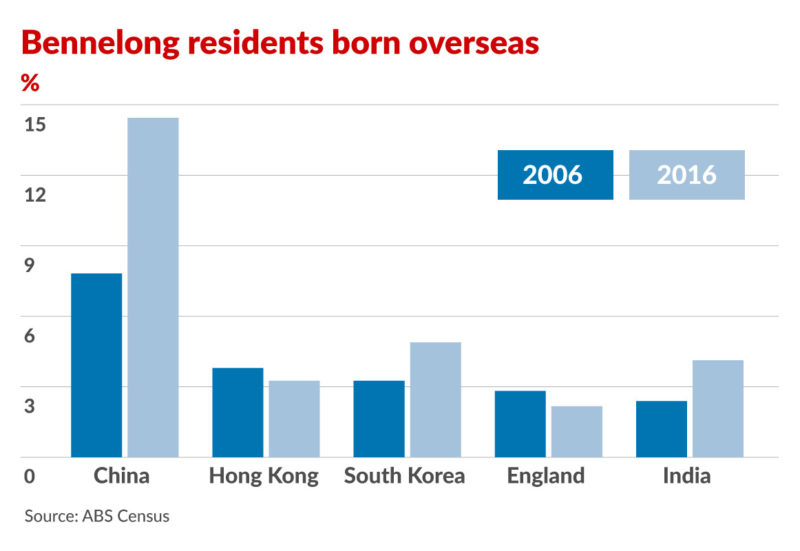 “As I said on television on Monday night, you could not imagine modern Australia without the one million Australians of Chinese ancestry.

“We are the most successful multicultural society in the world.”

Asked for her response to the attack website, Ms Keneally branded Mr Turnbull a “fool” while Mr Shorten declared: “How up himself is he, Turnbull?”

“I said yesterday I thought this was going to get nasty off the back of the poll results and boy did Malcolm Turnbull come out and prove me right,” Ms Keneally said.

Bennelong by the numbers: The voters who could decide Malcolm Turnbull’s fate

The Prime Minister has walked a fine line by talking tough on Chinese foreign interference while competing for votes in Bennelong, where 21 per cent of residents say they have Chinese ancestry, according to the 2016 census.

Chinese community leaders told The New Daily on Tuesday most Chinese-Australians were not concerned about “motherland politics”, though they warned the Liberals against clumsy rhetoric such as labelling disgraced Labor politician Sam Dastyari ‘Shanghai Sam’.

But concern about the government’s language has begun to filter through to Sydney’s Chinese-language media, with one newspaper, Sydney Today, claiming Mr Turnbull was “standing at the front line of anti-Chinese sentiment”.

Bennelong: Turnbull concedes his job is on the line as campaign turns nasty