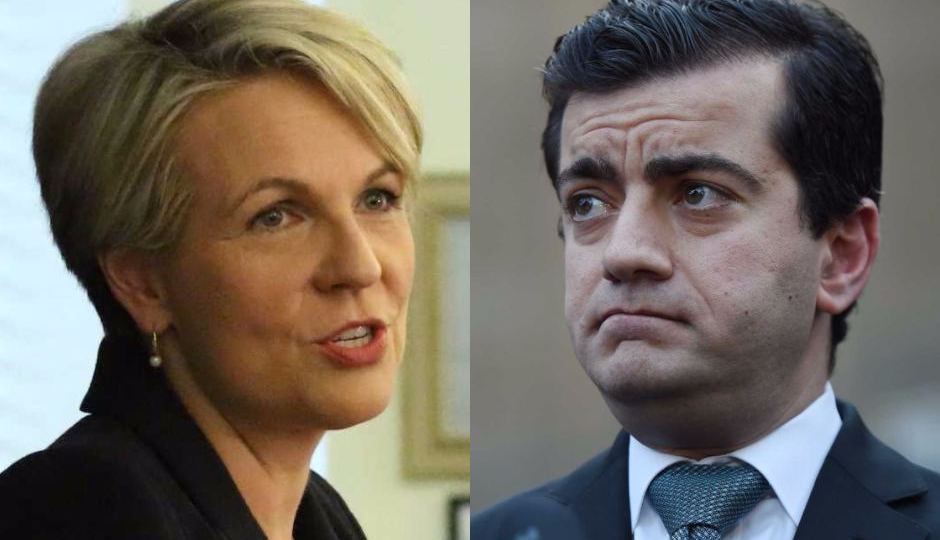 Pressure is building on Labor senator Sam Dastyari to quit Parliament, even from within his own party, after more allegations regarding his links with China’s Communist Party.

It has been revealed Senator Dastyari pressured Labor’s foreign affairs spokeswoman Tanya Plibersek to meet a Chinese political scientist and activist on a visit she made to Hong Kong in January 2015, according to a report in Fairfax Media.

Senator Dastyari privately sought to pressure Ms Plibersek to abandon her meeting the activist, Fairfax reported, saying it confirmed the allegations with multiple sources who say the intervention surprised the deputy Labor leader.

Labor frontbencher Linda Burney says Senator Dastyari must consider whether his place in Parliament is tenable amid new revelations about his interventions on behalf of Chinese interests.

“In relation to the continued role of Sam within the parliament, that is a matter I think very much for Sam,” she told Sky News on Monday.

“Sam Dastyari, I’m sure is thinking very deeply about his role within the party.”

Her colleague Catherine King says Mr Shorten has made it clear the senator’s political career “is in essence, going nowhere”.

“I think that really Sam needs to reflect upon his position,” she told reporters in Melbourne.

Immigration Minister Peter Dutton called Senator Dastyari a “double agent” and said he must resign from the Senate.

Environment Minister Josh Frydenberg told the ABC: “The Dastyari itch is soon becoming a rash and will be an outbreak engulfing the whole of the Labor Party unless Bill Shorten shows Sam Dastyari the back door.”

Rumours of attempts by Senator Dastyari to lobby Ms Plibersek over her visit to Hong Kong have circulated in Canberra for more than a year.

Fairfax said it had established that Senator Bernardi’s account of what happened was inaccurate, and that Senator Dastyari did not speak directly to Ms Plibersek.

However, he did “repeatedly” attempt to warn her that her meetings in Hong Kong, “would upset figures in the Chinese community in Australia … he left messages on her phone and contacted her office multiple times”.

A separate representation was made to Ms Plibersek by the then Chinese ambassador to Australia, Ma Zhaoxu, who, Fairfax reports, had also issued a warning to Ms Plibersek about her plans to meet Hong Kong activists.

Fairfax said there was no suggestion Senator Dastyari’s approach to Ms Plibersek was connected to the approach by the Chinese ambassador.

A spokesman for Ms Plibersek told the ABC: “Ms Plibersek’s itinerary in Hong Kong, including a meeting with a prominent pro-democracy activist, went ahead precisely as scheduled — I think that speaks for itself.”

The ABC understands Senator Dastyari’s defence to the allegation that he lobbied Ms Plibersek is that he contacted Ms Plibersek’s office after receiving an inquiry from a Sydney Chinese-language media outlet that was preparing a critical story on one of her meetings in Hong Kong.

However, to date, the senator has not identified the media outlet.

A spokesman for Senator Dastyari told the ABC, “Fairfax Media’s assertions are complete rubbish. It simply did not occur”.

While a spokesman for Ms Plibersek told the ABC, “Ms Plibersek doesn’t canvass conversations colleagues may or may not have had with her or her office. That’s not something she’s ever done”.

In an interview with Australian Story in July, Senator Dastyari was challenged to confirm whether he was the unnamed ALP “colleague”, referred to by Senator Bernardi, who had telephoned the “ALP member” who was going to Hong Kong.

“I just have no idea where that’s from. I mean, I’m just, look, that’s a spray in Parliament and Cory Bernardi’s political interests are spraying me from time to time, that’s politics, but I have no idea,” he said.