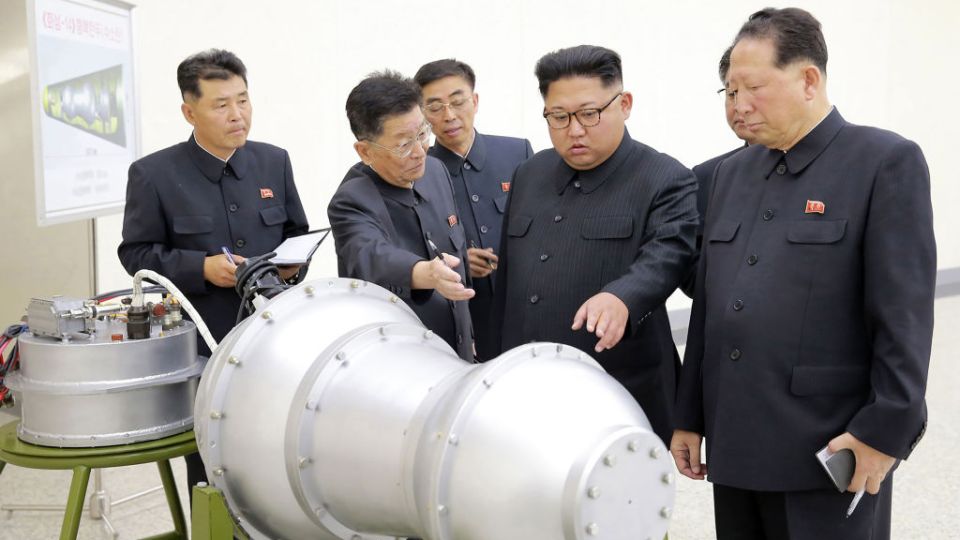 Australia’s ambassador to the United States, Joe Hockey, has warned that Australia’s cities are targets for the rogue regime of North Korea and that the standoff must “come to a head”.

“The biggest risk to world peace at the moment is North Korea and strategic patience just didn’t work,” Mr Hockey said at the Australian National University during a visit to Canberra on Friday.

In a remarkably frank speech, Mr Hockey said “rolling over and tickling the tummy of Kim Jong-un is not the answer” to the impasse, which was exposing Australia to increasing peril.

Speaking at the Australian National University during a visit to Canberra, the former treasurer in the Abbott government also backed the “unconventional” approach to the crisis adopted by President Donald Trump.

“You’ve got to be unconventional because conventional, traditional channels are not working in certain areas,” Mr Hockey said.

“History tells us a lesson that you can’t let crazy people have weapons that can cause enormous harm and have a displayed history of being fearless in the deployment of weapons against even his own family as Kim Jong-un has done. And it has to come to a head.”

US ‘very concerned’ about foreign donations

Mr Hockey said Washington was monitoring the tensions between Australia and China over allegations of foreign interference and political donations.

“It’s being very closely watched,” Mr Hockey said, adding it was important in the context of allegations of Russian interference in US and UK elections.

“There is obviously a fair bit of evidence [China] have sought to influence policymaking in Australia.”

The Chinese embassy in Canberra issued an extraordinary statement this week scolding the Australian media and political class for jeopardising “mutual trust” between the two countries.

It followed the Turnbull government’s plan to curb foreign influence in Australian politics and Labor senator Sam Dastyari being banished to the opposition back bench over his dealings with a Chinese businessman.

Asked if the US was worried about Australian politicians being bought off by the Chinese, Mr Hockey said “and ex-politicians” but declined to name names.

Mr Hockey pointed to the unemployment rate decreasing, wages growth and US gross domestic product increasing at a 3.3 per cent annual rate in the third quarter.

“It’s real growth, that’s not an inflated Trump hit,” Mr Hockey said.
“He’s done a lot in the first year. A hell of a lot of reducing regulation, red tape.”
Mr Hockey said there was visible momentum in the US economy.

For the first time since 2000, the number of Americans who believed the economy was headed in the right direction exceeded the number who did not, he said.

“He has disrupted traditionally what Washington does, which is [having] processes and proper procedures,” he said with a laugh.

He played down the turmoil in the White House and the revolving door of staff.

“Everyone tends to go through that,” Mr Hockey said, adding it would not matter to the people in rural US who supported Mr Trump.

Australia is a target of North Korea: Joe Hockey