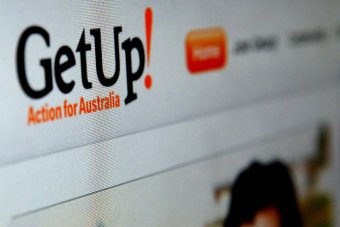 Amid the celebration of same-sex marriage, the government tabled its Electoral Funding and Disclosure Reform Bill on Thursday night, which would require any organisation “operating wholly, or to a significant extent, for the benefit of one or more registered political parties” to register as an “associated entity”.

GetUp! believes the provision would amount to it being forced to declare it was not independent when its grassroots effectiveness was entirely based on “people power” through the digital and social media revolution with crowdfunding campaigns like marriage equality and opposition to the Adani Carmichael export coal mine in Queensland.

A memorandum attached to the Bill gives this explanation for the provision 287H: “For example, if an election is contested by a limited number of parties and an entity operates predominantly to the detriment of a contesting party, the entity may be an associated entity of the other contesting party or parties.”

Failure to register as an associated entity contains heavy fines still to be outlined.

“This new ‘GetUp clause’ is aimed squarely at shutting down Australians from working together, independent of political parties, to make our country a better place to live,” Mr Oosting said.

GetUp! had never donated to or received a donation from any political party, had met all its disclosure obligations with 97 per cent of its campaign crowdfunding donations being under $100. Only 0.5 per cent of donations since its foundation had come from overseas.

Fight will go all the way to the High Court

Although GetUp! received foundation seed funding from some trade unions including current Labor leader Bill Shorten’s AWU, and Mr Shorten served for a time as a director, it has consistently denied being a front for the ALP, the Greens or any other registered political party.

Recently GetUp! revealed it was under investigation by the Australian Electoral Commission.
It rejected the AEC’s recent conclusion that because some of its 2016 campaigns targeted Liberal and National party policies and marginal seat candidates it should declare itself “an associated entity” of the ALP and the Greens.

Were the AEC to now declare that GetUp! was an associated entity under existing electoral laws, the organisation has briefed law firm Quinn Emanuel Urquhart and Sullivan to litigate the issue in the federal court.
GetUp! would never declare itself an associated entity of any registered political party and would “vigorously fight off any attack on its independence”. GetUp! has briefed its law firm to be prepared to take any AEC declaration against it all the way to the High Court.

In the meantime it will mount a cross bench lobbying campaign in 2018 to try to defeat the new “associated entity” provisions.
“The GetUp movement is independent to our core, independence is in our DNA. We campaign on the issues our million-strong membership care about, whether politicians like it or not,” Mr Oosting said.