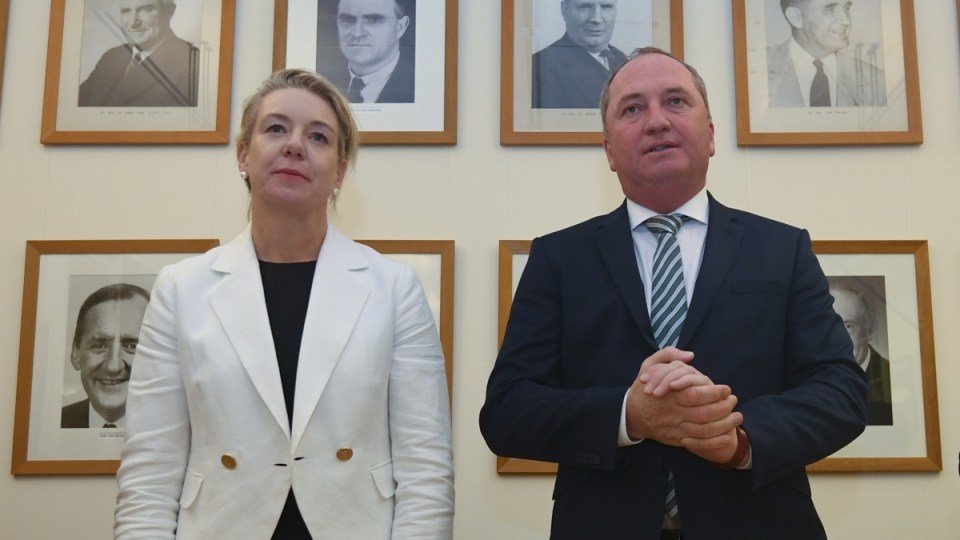 Senator McKenzie was elected during a party room meeting on Thursday after Ms Nash was found to be ineligible to sit in parliament by the High Court in October for being a dual citizen at the time of her election.

“Now it’s about getting on with delivering for regional Australia in the coalition government,” Senator McKenzie told reporters.

She said it was “very, very humbling” to be elected deputy leader.

Nationals’ leader Barnaby Joyce welcomed the appointment on Thursday, after his own return to Parliament on Wednesday.

The pair were grilled by reporters on a possible plan by Nationals backbenchers to revolt on the banking royal commission, as well as Queensland MP George Christensen’s threat last week to quit if Prime Minister Malcolm Turnbull was not replaced.

“I think George, like all of us in the party room, is excited about having our leadership in place and getting on with our agenda for regional Australia,” Senator McKenzie said.