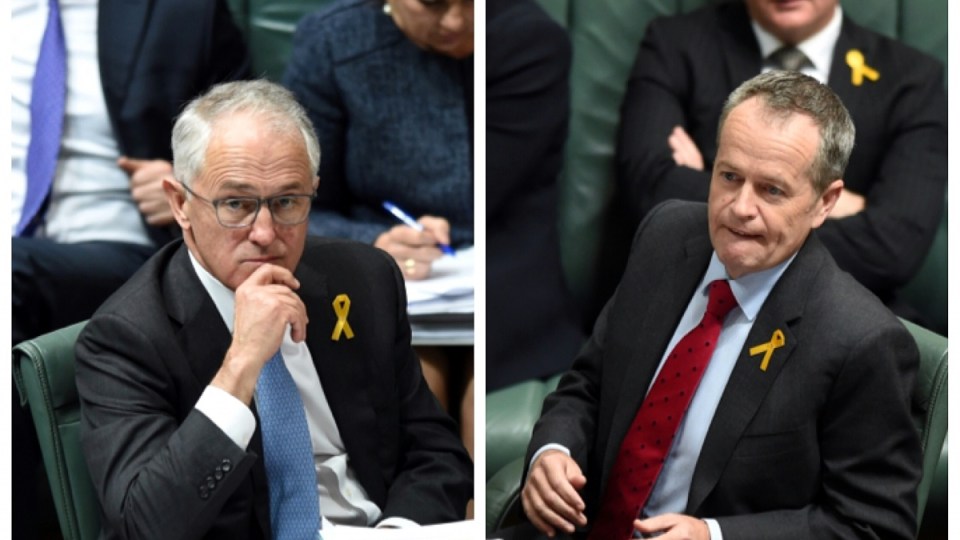 The citizenship crisis will drag on into next year. Photo: AAP

The Turnbull government has been unable to send four lower house MPs – including three Labor politicians – to the High Court over citizenship after the crossbench said it would only back the move if four Liberals were also referred.

A parliamentary stalemate emerged on Wednesday night with Labor only agreeing to refer Justine Keay, Josh Wilson and Susan Lamb, as well as the NXT’s Rebekha Sharkie, if four government MPs were also referred. Another Labor MP, David Feeney, referred himself to the High Court.

The stark admission of the parliamentary numbers from the government, which is down one MP with John Alexander fighting a byelection, means the citizenship crisis is likely to drag on well into next year.

As both parties clashed in Parliament, Opposition Leader Bill Shorten accused the government of a “cover-up”, saying doubt remained over Alex Hawke, Nola Marino, Jason Falinski and Julia Banks after the disclosure process.

The government claimed Labor had shown no evidence to justify a referral of any Coalition MPs, but was forced to concede it did not have the numbers for any more referrals until next year.

“There are no people in the Coalition party room who are in any doubt at all,” Leader of the House Christopher Pyne said on Wednesday night.

“What Labor has done here is a political stunt, pure and simple.

“They’ve ensured this will go on into next year unless one of the independents change their mind.”

Earlier, Labor also referred frontbencher senator Katy Gallagher, who did not receive confirmation that she had renounced her UK citizenship until after the June 9 nomination date, to the High Court.

Senator Gallagher’s case mirrors that of the three Labor MPs and Ms Sharkie, and Mr Pyne said it could act as a test case for those politicians who argue they took “all reasonable steps” to renounce dual citizenship.

He said those MPs would have to immediately resign if Senator Gallagher was disqualified by the High Court.

After Mr Shorten accused government MPs of failing to comply with the disclosure process, two MPs – Mr Falinski and Ms Marino – provided more documents in a bid to clear their name.

Ms Marino produced a letter from the Italian embassy that stated she had never been a citizen of that country, while Mr Falinski offered legal advice that suggested he had not acquired Polish citizenship through his father.

However, the advice said it could not be certain he had not acquired dual citizenship and recommended he seek further advice from a foreign law expert.

All five crossbenchers were the subject of intense lobbying on the floor of Parliament from both parties, before eventually giving their support to a Labor motion to refer the eight MPs – plus Mr Feeney – to the High Court.

That vote was tied 73-73, with Speaker Tony Smith forced to use his casting vote to retain the status quo, as is standard practice.

As the Parliament considered the move to refer those nine MPs, the crossbenchers lashed both major parties for failing to compromise, and attacked the government for opposing referrals of its own members.

“We have become the laughing stock of this country,” Tasmanian Independent Andrew Wilkie told Parliament.

Ms Sharkie said she had herself asked to be included in the list of MPs to be referred, but lashed the government for “playing political games” by “voting down Labor’s motion to refer MPs of all sides”.

“Let’s get our names together, let’s go to the High Court together, for we will all hang individually if we do not hang together,” she told Parliament.

University of New South Wales constitutional law expert George Williams told The New Daily the four Liberals MPs should have been referred, alongside the Labor MPs and Ms Sharkie.

There was “doubt as to their eligibility to sit in Parliament”, he said.

Mr Feeney, who holds the marginal Melbourne seat of Batman, was referred to the High Court after admitting on Tuesday he did not have documents to prove he had renounced his UK citizenship.

Mr Shorten declined to endorse the Victorian right faction powerbroker to contest any possible future byelection, amid reports he may be replaced to combat rising support for the Greens in his electorate.

‘We all hang together’: Citizenship crisis worsens as Parliament hits a stalemate