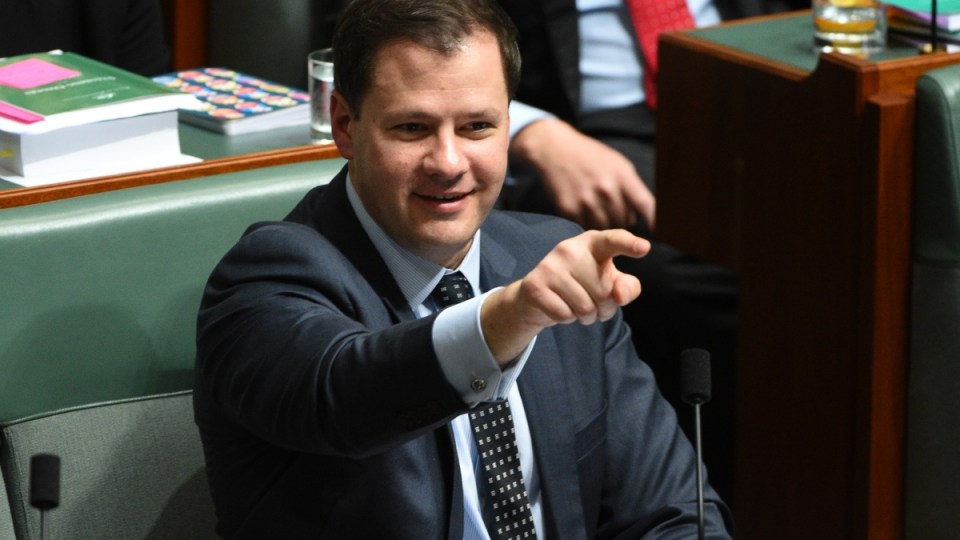 Labor frontbencher Ed Husic has told his colleagues to back off their pursuit of government MPs with family who came to Australia to flee the Nazi regime. Photo: AAP

A Labor frontbencher has told his colleagues to back off from pursuing the citizenship credentials of two Liberal MPs whose parents were made stateless after fleeing Nazi oppression.

Cabinet minister Josh Frydenberg and government backbencher Jason Falinski have declared they are Australian citizens only.

Shadow attorney-general Mark Dreyfus insists their status is “a matter of the law” that should be adjudicated by the High Court.

But Labor minister Ed Husic – who knows Mr Frydenberg’s mother well – urged everyone to pause for thought and “calm the farm”.

“Pursuing people who were stateless and escaping one of the most horrific episodes in modern history, well I’ll be interested to see how far we pursue that,” he told Sky News on Wednesday.

“I think this reflects the delightfully feral state of Australian politics right now that this is all tit for tat.”

Mr Husic acknowledged Mr Dreyfus was doing his job in responding to attacks from the government on the status of Labor MPs, but said he hoped the Frydenberg and Falinski cases could be put to one side.

He noted that in many cases – like his own family who came from the now non-existent country Yugoslavia – it was difficult to find definitive proof of status.

“I don’t know if I should hold a seance in the parliamentary prayer room and make contact with Marshal Tito and Archduke Ferdinand and make sure I can get some sort of authority to denounce my citizenship of those countries … or empire that no longer exist,” he said.

Back off Liberal MPs with family who fled Nazis: Labor frontbencher