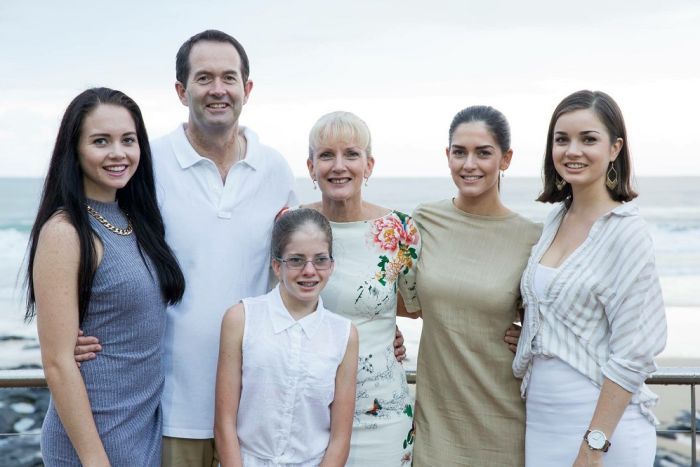 Coalition MP Andrew Wallace has described to federal Parliament his shock at finding out his daughter was gay.

The Queensland backbencher is a staunch Catholic, goes to church most Sundays and even joined a monastery in his late teens.

“About three years ago our daughter told my wife and I that she was attracted to women – that she had a girlfriend,” Mr Wallace told Parliament on Tuesday, during the debate on the bill to legalise same-sex marriage.

“My wife [Leonie] and I were shocked. Probably more me than my wife. I didn’t know what to say.”

For most of his adult life, Mr Wallace had shared the Catholic view that marriage is between a man and a woman. But the revelation that his daughter was gay, ultimately convinced the MP to vote in favour of same-sex marriage.

His daughter Caroline, now 22, struggled with mental illness, diagnosed with anorexia and bulimia at 10 and suffering throughout her teenage years.

Caroline had boyfriends growing up, but told her father “it never felt quite right”, and she felt she could not tell her parents because she thought they would not approve.

“She said she had always secretly been attracted to women and I’m sure this internal conflict would have, in some part, at least exacerbated her mental state,” Mr Wallace told Parliament.

“I don’t think her mental health issues were caused by her same-sex attraction, but I certainly think that internal struggle she was suffering through couldn’t have helped her,” he said.

Mr Wallace said his daughter was now in a much healthier and happier place.

“She has a terrific job and a wonderful partner who our family love very much.”

Andrew Wallace in conversation with the ABC

Caroline offered her father a poignant parallel during their initial discussion about her sexuality.

“She said, ‘Dad, in the years to come, my generation will look back and judge your generation about how you deal with the issue of homosexuality’,” he told MPs.

“In the same way your generation considered your parents’ generation in the way they dealt with our indigenous people.”

While Mr Wallace will support same-sex marriage, he is among the Coalition MPs who wants to see greater religious protections built into the bill.

“In this country, we do not discriminate against someone because of the colour of their skin, their religion, nor their place of birth,” he said.

“In law, we are all created equally. And so we ought not in law discriminate against a person by virtue of their sexual preference.”

Mrs Wallace was also in Canberra to watch her husband’s speech.

“I don’t understand parents who turn their backs on their kids because they have a different way of living to what the parents expect,” she told the ABC.

“She’s my child and I will love her no matter what.”

‘My wife and I were shocked’: MP gives emotional speech on daughter’s coming-out