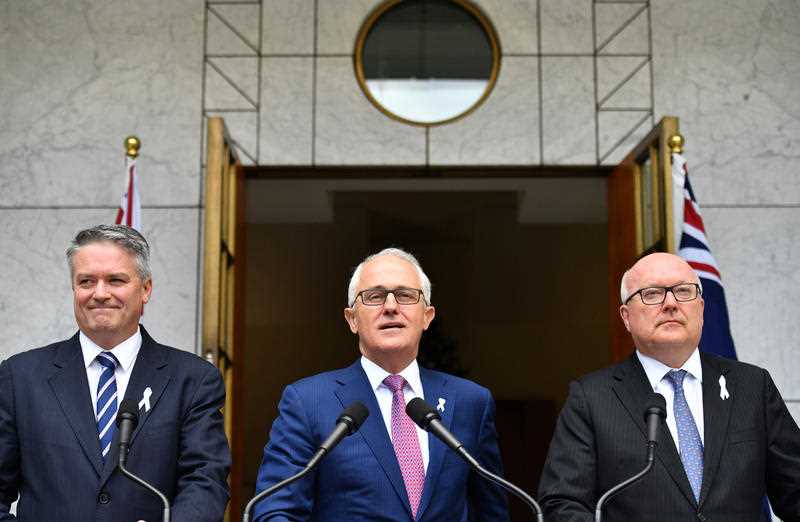 Foreign political donations will be banned and those trying to influence Australian politics on behalf of others nations will be forced to declare who they are working for, under new laws.

Prime Minister Malcolm Turnbull has announced the new legislation amid growing concerns within the intelligence community about the influence of Chinese government agents and political donations.

Mr Turnbull said the government could not afford to be naive about the threat of foreign interference and stressed the laws were not focused on the loyalties of multicultural Australians.

The Prime Minister said he was concerned by reports of Chinese foreign influence, but stressed the laws were not focused on one country alone, citing reports of Russian attempts to meddle with the United States election.

The legislation will create a transparency scheme based on the US Foreign Agents Registry, which requires people to declare whether they are working for or acting on behalf of a foreign power.

“Being registered should not be seen as any kind of taint and certainly not as a crime,” Mr Turnbull said.

“If you fail to disclose your ties, then you will be liable for a criminal offence.”

The Prime Minister said the changes, which will be introduced in separate bills, represented the largest overhaul of espionage, counter-intelligence and political donations.

Attorney-General George Brandis said the legal definition of espionage would be broadened to make it a crime to possess sensitive information, rather than merely communicating it.

The legislation will also create a new offence of unlawful interference in Australia’s political system, including behaviours that would harm the national interest.

“If you act covertly on behalf of a foreign actor, in a way that harms Australia’s national security, to influence the political process, or a Government decision, that conduct will be criminalised,” Senator Brandis said.

Senator Brandis said under the new legislation, former trade minister Andrew Robb would need to register under the transparency scheme.

Mr Robb took an $880,000 part-time job as a “high-level economic consultant” to a Chinese company that now operates the Darwin Port, just two years after he struck a free trade deal with Beijing.

“A person who has been a cabinet minister within the previous three years must register if she or he acts on behalf of a foreign government, a foreign public enterprise, a foreign business or a foreign political organisation,” Senator Brandis said.

Finance Minister Mathias Cormann said activist group GetUp! would need to comply with the transparency scheme and the reporting requirements that apply for political parties.

“If GetUp! were to change focus, if they were to stop involvement in political campaigning in the future and become a charity [and] only be involved in non-political activities, then they would be absolutely free to receive and use foreign donations,” Senator Cormann said.

A GetUp! spokeswoman told the ABC that 0.5 per cent of its donations have come from overseas since its establishment.

She said 97 per cent of donations last financial year were under $100 and were sourced from 57,149 individuals.

Foreign donation ban to be introduced this week

Senator Cormann said the government would introduce the foreign donation ban in the Senate later this week, adding that only Australian businesses and organisations should be able to influence Australian elections through political donations.

“This does not prevent charities from receiving and using the foreign donations for non-political activities in Australia,” Senator Cormann said.

The ABC understands the legislation will not stop overseas businesses establishing local companies registered with ASIC that then lodge political donations.

Four days later, the director of the Australian company — who is also the chairman of the Chinese parent company — had an intimate dinner with the Prime Minister.