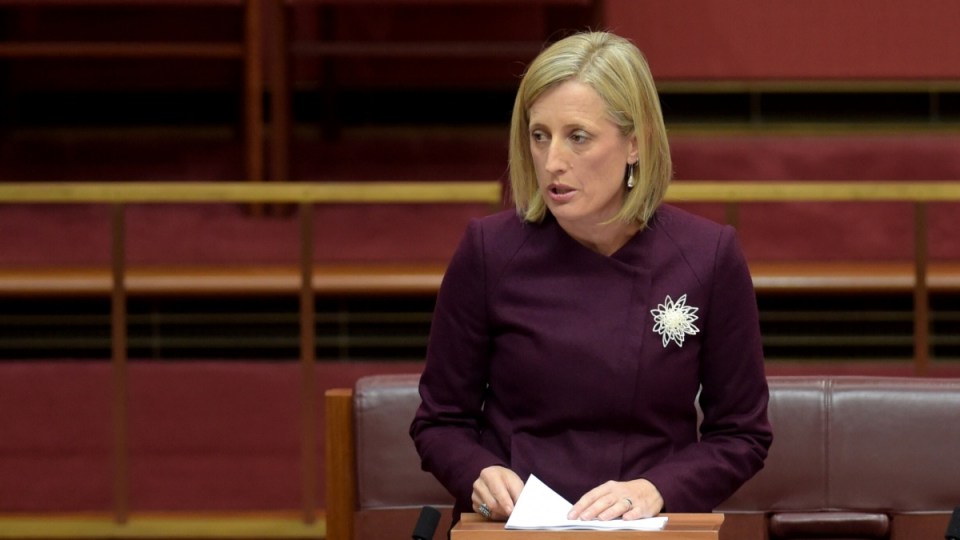 Ms Gallagher claimed she took all reasonable steps to renounce her British citizenship before the election. Photo: AAP

According to documents provided on Monday morning, Senator Gallagher’s renunciation of her British citizenship did not take effect until August 16, 2016, after the July 2 election and well after nominations closed.

In her disclosure, Senator Gallagher said she “took all reasonable steps” on April 20. The UK Home Office accepted her payment as part of the application on May 6.

In a statement on Monday, Senator Gallagher said: “Based on all the advice I have available to me I do not believe that I should refer myself to the Court of Disputed Returns however ultimately that will be a matter for the Senate to determine.”

Senator Gallagher, who has faced continued speculation about her status, including possible Ecuadorian citizenship, is in a similar situation to lower house Labor MP Justine Keay and the NXT’s Rebehka Sharkie.

Both took steps to renounce their UK citizenship before nominating for Parliament, but receipt of that application was not received until after the election.

Senator Gallagher’s disclosure also shows the ACT senator was a dual citizen when she first took up her place in the Senate in March 2015 through a casual vacancy.

Senator Gallagher said on Monday she had always acted on the basis of legal advice provided to her.

“Legal advice was provided to me by Dr Matthew Collins QC and an expert in British Nationality Law Mr Adrian Berry,” she said.

“Mr Berry finds that ‘….Senator Gallagher had, prior to the date for nominations for the 2016 election, taken all of the steps that were required to be taken by her (not just the reasonable steps required) under British law in order to renounce her British citizenship’.”

All 76 senators’ disclosures were posted online on Monday morning. Lower house MPs are required to lodge their documents by Tuesday night.

The disclosure process was established by the government, with the support of Labor, in a bid to end the citizenship crisis that has already claimed nine parliamentarians.

Katy Gallagher revealed to be British at time of 2016 election