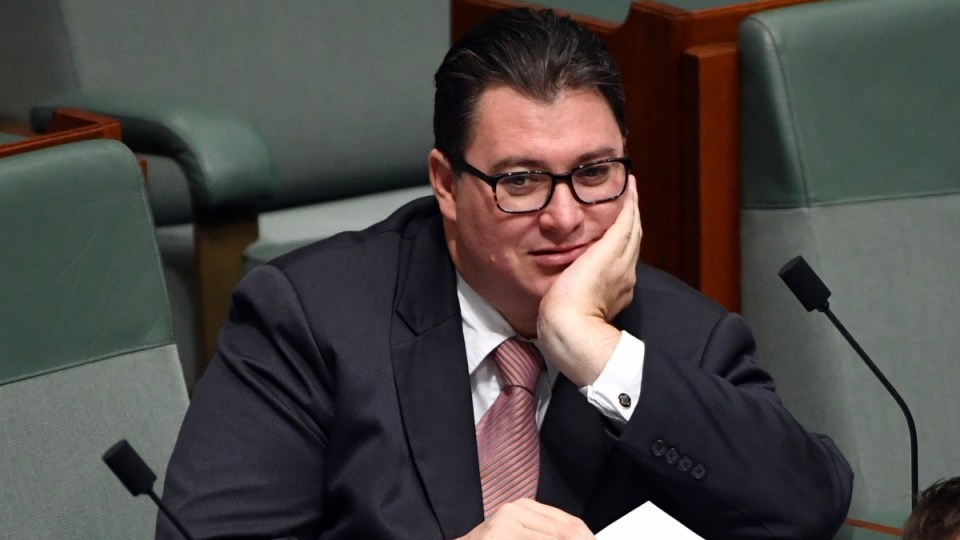 George Christensen has backed down on a pledge to cross the floor on penalty rates. Photo: AAP

Nationals MP George Christensen has been criticised as “weak” and “all talk” after backing down from his threat to cross the floor to protect penalty rates.

Mr Christensen revealed on Monday he would not back a bill amended by Labor that would reinstate penalty rates cut by the Fair Work Commission earlier in the year, despite his frequent threats to do so.

The Member for Dawson, who earlier in the year crossed the floor on the issue when the government had the numbers to defeat the push, said he was concerned the amended bill would have forced businesses to provide backpay.

“I’ve spoken to Minister for Employment Michaelia Cash and there is confusion over whether or not Labor’s amendment would mean small businesses in my electorate … would have to give back pay, costing them thousands of dollars,” Mr Christensen said.

But Labor senator Doug Cameron, who put forward the amendments, dismissed Mr Christensen’s excuse and accused him of being “weak”.

“If you look at the amendments, it says prospective, not retrospective.”

Asked if he believed Mr Christensen’s support for penalty rates was sincere, Senator Cameron said: “It looks at the moment like he’s all talk. But I tell you what, he can run but he can’t hide.”

Earlier, Senator Cameron told the Senate: “The commencement date of these amendments has the effect of restoring penalty rates from the date this bill comes into operation.

“This means there will be no back-pay liability for businesses who, in reducing the penalty rates they have been paying since 1 July, have been following the law.”

The amended bill – on unrelated government legislation on the Fair Work Act – would have struck out the Fair Work Commission’s decision to reduce penalty rate for workers in the retail, fast food, hospitality and pharmacy industries. The commission would have also been prevented from reducing penalty rates again.

Labor argues the bill is exactly the same as Mr Christensen’s own private member’s bill to protect penalty rates.

Mr Christensen joined with the government to vote down the amended bill on Monday night.

The government was vulnerable to losing the vote with Barnaby Joyce and John Alexander out of Parliament and with all crossbenchers, except Cathy McGowan, supporting the amendments.

Mr Christensen said any bill to protect penalty rates needed to be “clear” in ensuring businesses would not have to contribute back pay.

“I am not going to act on the say-so of Labor senator Doug Cameron that it will be in the amendment,” he said.

The bill went to the lower house after Labor’s amendments were backed by the Greens and the Nick Xenophon Team. This meant the government was forced to vote against its own bill.

Mr Christensen’s backdown comes after the maverick MP outed himself as the anonymous politician who told News Corp columnist Andrew Bolt he was preparing to quit the Coalition unless Prime Minister Malcolm Turnbull was ousted.

Meanwhile, in an embarrassment for the government, it lost a vote on a non-binding Greens motion calling for Australia to accept New Zealand’s offer to resettle 150 refugees from Manus Island. Liberal MP Steve Ciobo and Warren Enstch missed the division.