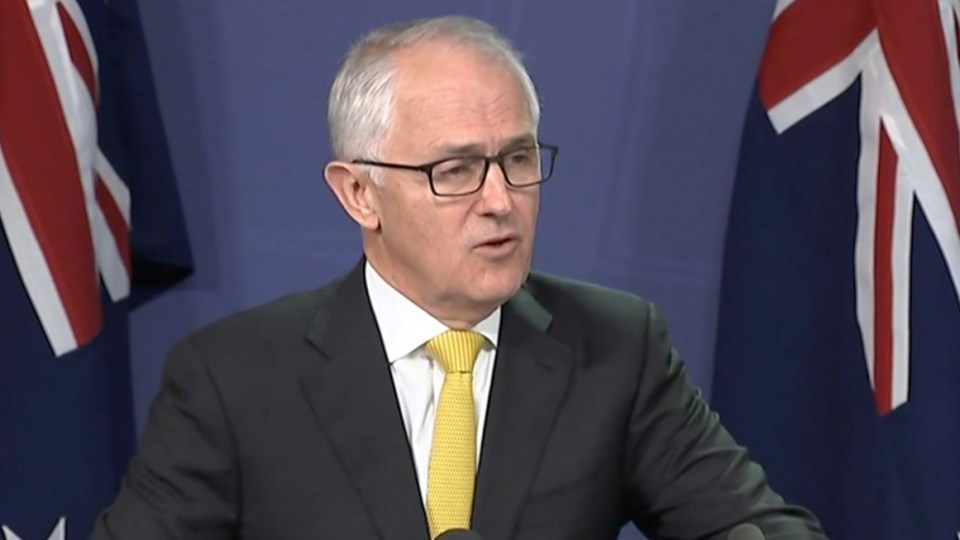 Malcolm Turnbull said the section 44 by-election victory of Barnaby Joyce was an endorsement of the government. Only months later Mr Joyce was gone after a scandal involving a staffer and misconduct complaints. Photo: AAP

Prime Minister Malcolm Turnbull is basking in the glow of Barnaby Joyce’s landslide reelection in New England as he vows to lead the Coalition to the next election despite increased speculation about his position.

The day after Mr Joyce cruised past a crowded field that yielded no obvious challenger, Mr Turnbull described the thumping win as a “big vote of confidence in the government”.

It comes amid increasing speculation on his leadership, which hit its peak last week when Nationals NSW leader John Barilaro publicly demanded Mr Turnbull quit the prime ministership before Christmas.

But Mr Turnbull shrugged off concerns about his position in an interview with Sky News on Sunday, saying he had “every confidence” he would lead the Coalition to “the next election in 2019 and we will win it”.

He also dismissed the impending milestone of 30 lost Newspolls, which Mr Turnbull referenced when he claimed the leadership from Mr Abbott in 2015.

On Sunday night, Mr Turnbull lost his 24th consecutive Newspoll. The latest poll had Labor leading 53 per cent to the LNP’s 47 per cent, on two-party preferred terms. This was a slight improvement for Mr Turnbull’s government, up from a horror slump of 45 per cent support on November 13.

Mr Turnbull’s fortunes were furthered improved on Sunday after Nationals MP George Christensen announced he had ditched plans to quit the Coalition.

Mr Christensen admitted he was the anonymous MP who had threatened to quit if Mr Turnbull was not removed as leader, as reported by News Corp columnist Andrew Bolt.

The about-face drew a furious response from Mr Bolt, who revealed the Nationals MP had “authorised me and Peta [Credlin] to spread the word, without using his name, hoping to create maximum pressure on Turnbull”.

“Now he’s piked, and I must say he has behaved very badly. I cannot now trust his word,” Bolt wrote on Sunday in a piece titled ‘George Christensen Wimps It’.

Mr Christensen said he had changed his mind after Mr Turnbull’s dramatic backflip to announce a royal commission into the banks showed what could be “achieved within the framework of government”.

He also apologised for lying to journalists who he had told he was not the MP who was threatening to quit.

“It was wrong to lie to you but I felt I did not want my name public at that stage,” he told The Australian.

“It was wrong though and I sincerely apologise for my actions.”

When the interviewer suggested the events should be investigated, he replied: “You shouldn’t assume it’s not being investigated. This is a political matter and I don’t give directions to our police or our security agencies on operational matters.”

Mr Turnbull also confirmed the government would refer “in doubt” Labor MPs to the High Court over dual citizenship after all MPs provide their documents under the new disclosure regime this week.

He said his office had reviewed all Coalition disclosures and he was confident no more government MPs would be implicated.

Labor MPs including Justine Keay and Susan Lamb have said they are in the clear because they took “all reasonable steps” to renounce their UK citizenship, but the Coalition disagrees.

Turnbull predicts big win in 2019 as Christensen ‘wimps’ it