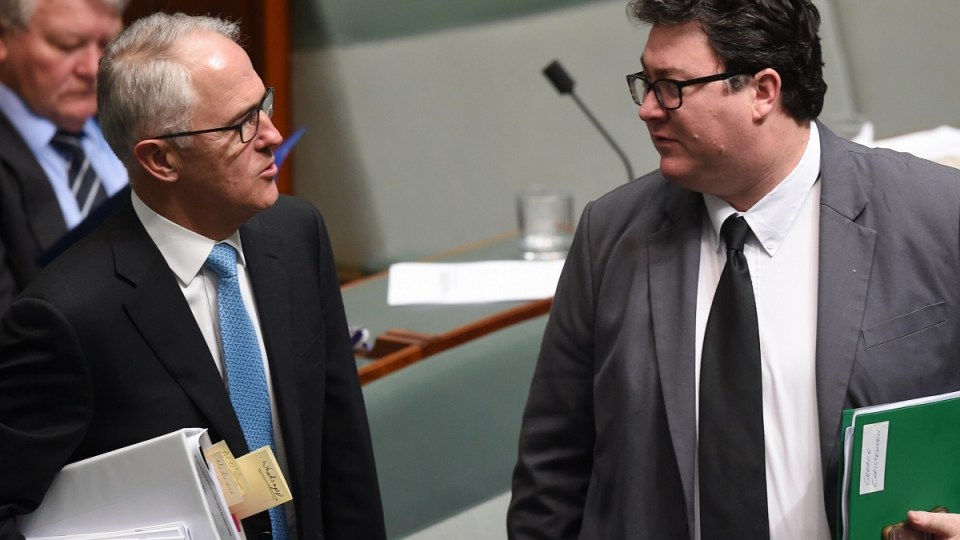 One of Canberra’s most intriguing mysteries has been solved, with Coalition MP George Christensen admitting he was the anonymous government backbencher threatening to quit the party unless Malcolm Turnbull was forced from the leadership.

Now Mr Christensen is saying he has changed his mind – a decision that has left commentator Andrew Bolt with egg on his face after promoting the threat in his column, blog and TV show.

Christensen told Nationals leader Barnaby Joyce in a text on Saturday – as Mr Joyce awaited the verdict of voters in a by-election – he would stay on board with the government after it decided to go ahead with a banking royal commission.

He asked them to spread the word without using his name, Bolt wrote on his blog.

“He told me that he meant his threat and explicitly told me I should report it without fear that he’d back down and make me look like a party to mischief,” the blog post continued.

“Now he’s piked, and I must say he has behaved very badly. I cannot now trust his word.

“He also damaged the Government without actually following through with serious intent. He should either have said nothing or done everything.”

Bolt’s role in the anti-climactic charade drew a scathing reaction on Twitter, with several journalists slamming the controversial columnist and Sky News talking head for promoting a fraud.

The north Queensland MP – who has threatened to quit the Coalition several times – has “reconsidered what can continue to be achieved within the framework of government”, he told Bolt on Sunday.

He also posted the explanation on his Facebook page.

There has been anger within the Nationals in the wake of the Queensland election at what they perceive to be Liberals’ in-fighting dragging them down.

NSW Nationals leader John Barilaro said on Friday that Mr Turnbull should stand down as a “Christmas gift” to Australians, while the party’s former federal leader John Anderson said conservative voters were leaving the coalition in droves.

Agitation from Nationals MPs pushing for a banking inquiry and the likelihood they would win parliamentary votes against government policy forced Mr Turnbull to announce the royal commission he described as “regrettable but necessary”.

Mr Joyce won a massive swing towards him in Saturday’s New England by-election, which he was forced to contest after the High Court found he was a dual citizen and ineligible to be in parliament.