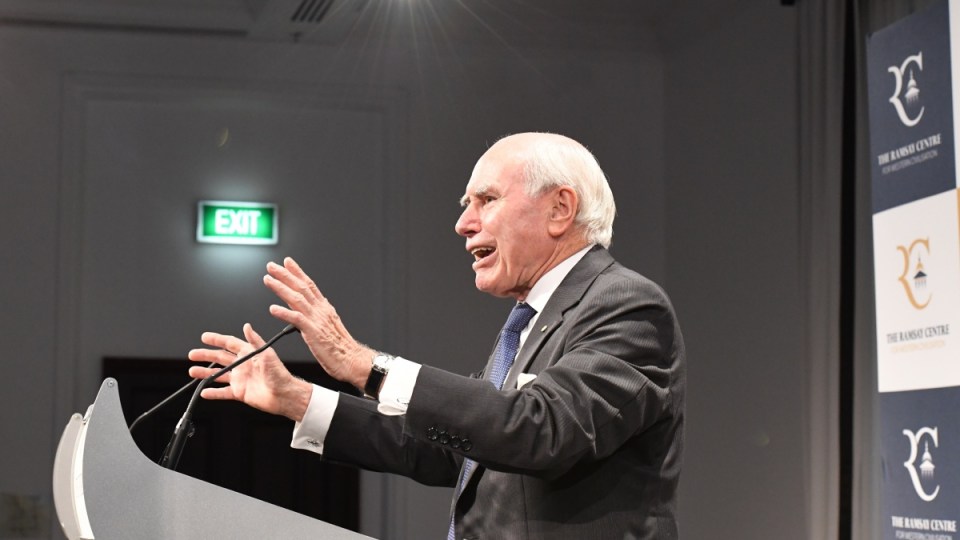 In an interview with The Weekend Australian, Mr Howard said there 'seems to be an outbreak of madness' at the moment. Photo: AAP

Former Prime Minister John Howard has called for calm amid what he’s described as an “outbreak of madness” in the Coalition.

In an interview with The Weekend Australian, Mr Howard said he continued to support Prime Minister Malcolm Turnbull “very strongly” after NSW Nationals leader John Barilaro called for the resignation of Mr Turnbull in an explosive interview on Sydney breakfast radio.

“My view is, Turnbull should give Australians a Christmas gift and go before Christmas,” Mr Barilaro told Alan Jones’ program on 2GB radio on Friday.

Mr Howard later told the newspaper that “there seems to be an outbreak of madness at present”.

“I continue to support Malcolm Turnbull very strongly. The best option for the Liberal Party is to help make Turnbull’s leadership work and succeed. In my view, he can still be successful.

“Another leadership change, in anything other than the very short term, would do very significant damage to the Liberal Party and government.”

Mr Barilaro’s comments on Friday were quickly dismissed not only by other senior Coalition MPs but by his boss NSW Premier Gladys Berejiklian, who hung him out to dry.

“Prime Minister Malcolm Turnbull has my full and absolute support,” Ms Berejiklian said in a statement a short time later on Friday.

“Mr Barilaro has expressed a personal view which I do not share. Mr Barilaro is well aware of my position.”

Mr Howard told the newspaper that the NSW Deputy Premier Mr Barilaro should “be mindful” of the Liberal Party’s upcoming “difficult” byelection in Bennelong on December 16.

“At a time like this people on the Coalition side should be sticking together. He recently had two difficult by-elections in NSW and he asked myself and Tim Fischer to write a letter on gun laws that supported the National Party.

“I was only too happy to do that. In my view those sorts of courtesies should be returned.

“People should take a cold bath and calm down. The government is going through a bad patch and there’s no denying that. But we need to bear in mind that, first, absent a catastrophe with the citizenship issue, there is still 18 months to go to the next election.