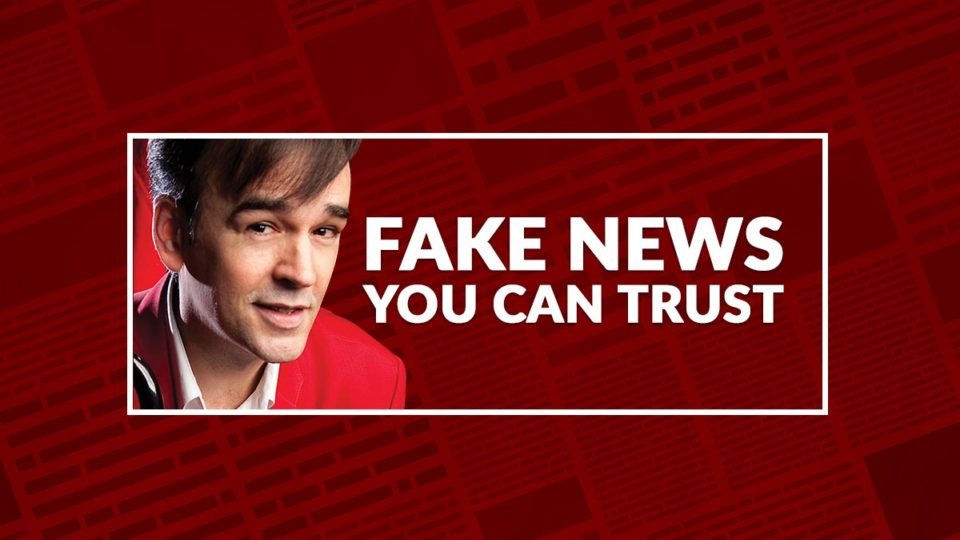 US President Donald Trump has scoffed at complaints about his retweeting of right-wing extremist videos.

“Retweeting is not an endorsement,” Mr Trump said. “It’s merely wholehearted approval. It’s a wink. It’s a nudge. Or, to use my favourite term, a ‘grab’. Besides, some of those fanatical, screwball wingnuts are good people.”

“The threat is real,” she said.

The threat of extremists being comforted by presidential retweets is, apparently, less real.

The temporary PM spoke as loud as the banks allowed, from his heavily-mortgaged mansion.

“I know I said a royal commission will reduce confidence in our banking system. So did the banks. But now the banks say it will increase confidence. So do I. Believe me. Please.”

The four major banks have demanded a top judge head the royal commission. A spokeswoman said: “We recommend a judge from Australia’s Got Talent. It’s between Dannii Minogue and Seal.”

To save time and taxpayer expense, the banks have already handed down the royal commission’s conclusions.

‘EVERYWHERE YOU GO, YOU ALWAYS TAKE THE WEATHER WITH SALT’

Despite warnings of unprecedented weather hitting Melbourne, a weather-skeptic claims: “Weather has always been unprecedented.”

Speaking from a rubber dinghy in Federation Square, the skeptic declared: “Weather has been breaking records since records began. Thus, records are bogus.”

They were both washed away.

A day after North Korea tested an intercontinental ballistic missile, US ambassador to the United Nations Nikki Haley warned the rogue nation that if war breaks out, it will be “utterly destroyed”.

North Korea leader Kim Jong-un asked for clarification. Haley replied: “Think of something that exists. It’s the opposite of that.”

Ms Haley tried again. “It’ll be like a squished hamburger, but without the atoms.”

“Think of the credibility of the Trump White House. It’s like that.”

Kim nodded and returned to his bomb-making.

ANTI-VAXXER CLEARS ROOM WITH ONE COUGH

BITCOIN NOT A TAX PROBLEM … YET