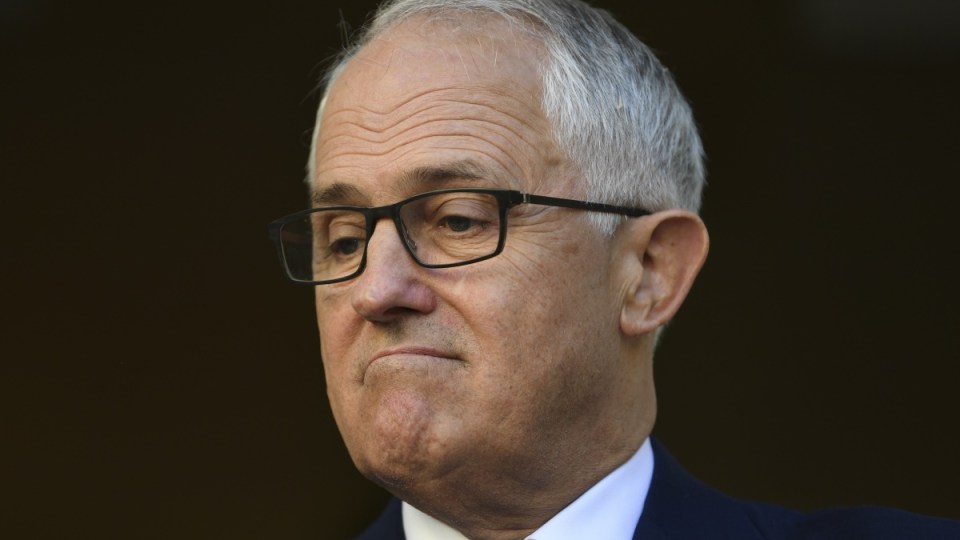 Malcolm Turnbull ended up looking nothing more than weak and embattled after his banking royal commission saga. Photo: AAP

It didn’t have to be this way. It really didn’t. Malcolm Turnbull’s reverse flip with a triple-pike over the banking royal commission could have been a positive for the embattled Prime Minister if he had better managed its announcement.

Yes, really. Even Blind Freddy could have seen that such an inquiry was inevitable – if not under the current government, then certainly under a Labor administration, which could be installed as early as the first half of next year if the dual citizenship byelections don’t go Mr Turnbull’s way.

Putting aside all the reasons against a banking inquisition – and a lot of them are sound – the reasons for having one were simply more compelling.

Firstly, the banking and financial services sector has a poisonous culture that is as entrenched as it is opaque. The government has announced a few good initiatives to deal with the most egregious problems, but the underlying system remains tainted and needs to be flushed out.

As we have seen with the recent exposés of alleged behaviour by some entertainment industry figures, real change will only occur if the broader public is able to not only scrutinise alleged perpetrators, but also those who maintain the culture that enables abuse and protects abusers from condemnation.

The same type of scrutiny needs to be applied to the banks, if the sector is going to make the real changes needed.

The Greens saw this first, with Senator Peter Whish-Wilson (aided by canny staffer Tim Beshara) procuring advice that the Parliament could go around the government by establishing a commission of inquiry, which is the equivalent of a royal commission.

Then Labor clambered onto the justified, but populist, bandwagon and tried to make the issue its own.

But it was only once backbenchers, from the party that has a so-called partnership with Mr Turnbull’s Liberals, decided to exploit the issue for their own ends that the inquiry became a foregone conclusion.

This is the second reason for having the royal commission. Partly due to fate and mostly through his own incompetence, Mr Turnbull has been held hostage to the whims of Nationals MPs panicking over One Nation cutting their grass.

And these MPs have no apparent concern for the damage they’re doing to their own government as they thrash about trying to be relevant.

By promising to cross the floor next week to establish a dangerously wide-ranging commission of inquiry into the banks, when the government will be down two votes due to citizenship byelections, the Nationals backbenchers forced the PM to choose between two humiliating losses of control – either in the Parliament or the Coalition.

The first could have ultimately led to the Coalition losing government, while the latter could lead to Mr Turnbull losing the Liberal leadership.

This was the political equivalent of throwing a grenade into a dam to catch a fish, done recklessly and selfishly with no regard to the predictable and widespread collateral damage that would occur.

The sheer bloody-mindedness of the Nationals’ was laid bare on Friday by the party’s state leader and NSW Deputy Premier, John Barilaro.

Apropos of nothing much other than being egged on by shockjock Alan Jones, Mr Barilaro deliberately raised the agitation level in the federal Coalition by calling for Mr Turnbull to resign.

It’s as if the Nats are oblivious to the deeply self-destructive nature of their attempts to avoid oblivion.

Meantime, supporters of the former PM have been spinning themselves into a frenzy this week, saying almost anything to try to bring on a leadership coup before Parliament ends next week.

There’s even talk of holding another “empty chair” vote if the numbers can’t be mustered in time for a viable contender.

According to the Delusional Conservatives (Delcons), Mr Turnbull must be dumped to “save the furniture”, the poor Queensland election result for the LNP was Mr Turnbull’s fault, the PM must stand aside for Immigration Minister Peter Dutton and, apparently, Deputy Liberal leader Julie Bishop and Treasurer Scott Morrison are plotting to take over.

The destabilisers must be thrilled that the Nationals have made the task of diminishing what’s left of Mr Turnbull’s authority just that much easier this week.

They haven’t forgotten that eight years ago on Friday, Tony Abbott rode a similar wave of Nationals angst into the Liberal leadership and eventually the prime ministership.

A prime minister with a better functioning political brain than Mr Turnbull could have finished this week being praised for making the tough, but smart, decision to hold a royal commission into the banks.

But this was not to be – by mishandling the decision and how it was communicated, the PM ended up looking nothing more than weak and embattled.