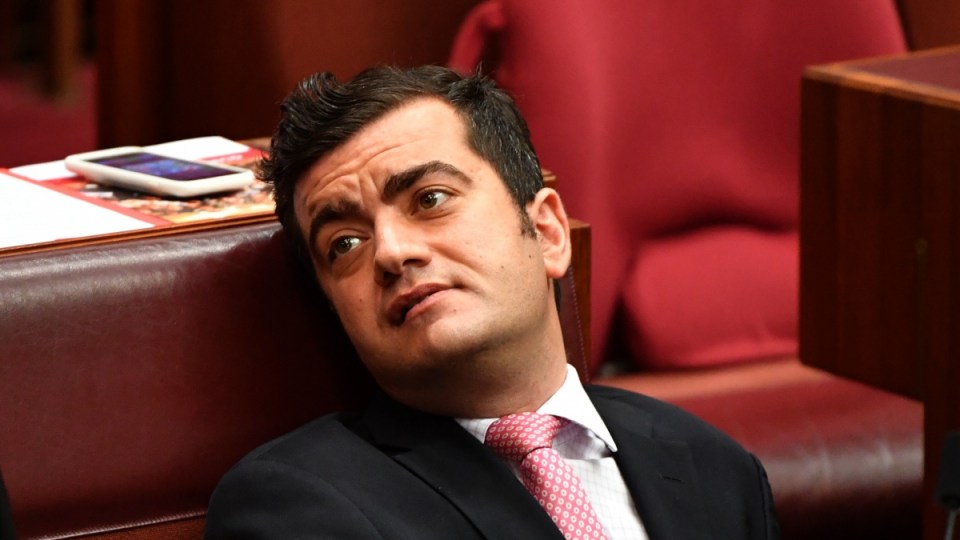 Sam Dastyari has been forced to resign from his senior role as Labor’s deputy senate whip Thursday over questions about his dealings with China.

Announcing his resignation from his extraneous positions on the floor of the Senate, Senator Dastyari stressed he had never received or passed on classified information.

“I want to be absolutely clear, I could not be a prouder Australian. My family was lucky enough to leave a war-torn Iran to start a new life in this amazing land. I find the inferences that I’m anything but a patriotic Australian deeply hurtful,” he said.

“Nonetheless, I’m not without fault.”

Senator Dasyari said the leaked audio shocked him because it did not match his recollection. He apologised for his mischaracterisation.

“I also told him that while I accept his word that he never had, nor disclosed, any classified information, his handling of these matters showed a lack of judgment.”

Senator Dastyari had previously said he had only “incorrectly” mumbled an answer to a question he should not have taken.

“The Chinese integrity of its borders is a matter for China,” he said in the audio from a press conference with Chinese reporters in June 2016 and published in various media outlets on Wednesday.

Prime Minister Malcolm Turnbull accused Senator Dastyari of not being on “Australia’s side”.

Mr Turnbull called on Mr Shorten to dump him from the Labor Party for “disloyal conduct of the highest order”.

“Let him languish in contempt,” the Prime Minister told a media conference Thursday.

“How is it possible that someone who is guilty of that behaviour should remain in the Australian parliament.”

Foreign Minister Julie Bishop had earlier called for the senator’s scalp, while Defence Minister Marise Payne said his “recklessness” showed Labor could not be trusted on defence and national security.

The latest audio comes after the NSW Labor powerbroker was reported to have warned the donor his phone was likely being tapped by intelligence agencies during a meeting in Sydney in October 2016.

The meeting allegedly occurred after Senator Dastyari quit the frontbench in September 2016 and after senior Labor officials had received briefings from ASIO that Mr Huang was of interest to the agency over his opaque links to the Chinese government.

According to Fairfax Media, details of the phone tap warning and other dealings involving the pair have been collected by national security officials.

ASIO is conducting an exhaustive investigation into Mr Huang’s application to become an Australian citizen and, Fairfax Media reports, national security officials interviewed him earlier this year at a secure Sydney CBD location.