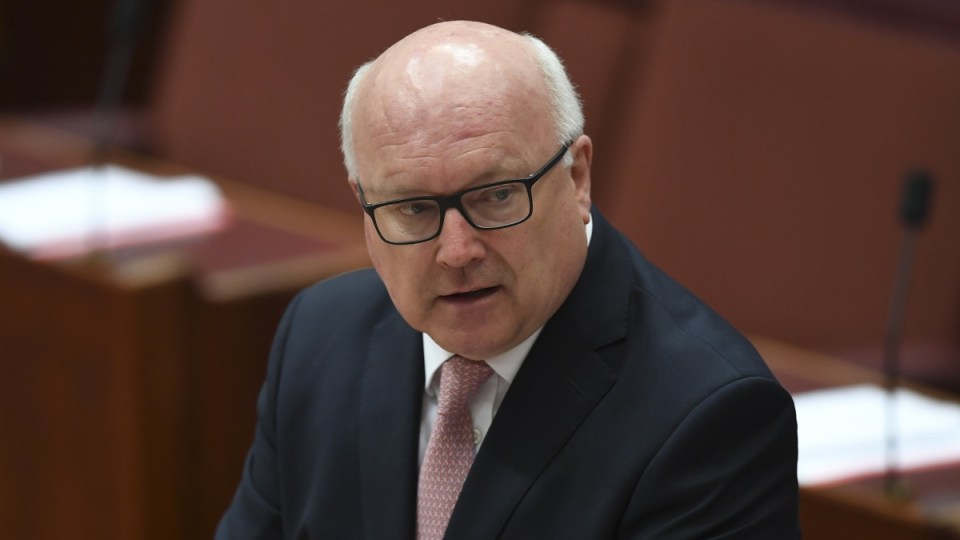 Australia has edged closer towards legislating same-sex marriage without rolling back existing anti-discrimination laws after the Senate knocked back a series of amendments put forward by Coalition senators.

A group of mostly moderate Coalition senators, as well as Labor, the Greens, the Nick Xenophon Team and Derryn Hinch joined forces to defeat a series of amendments as the Senate continued the same-sex marriage debate late into Tuesday night.

In a historic moment, the same-sex marriage bill penned by Liberal senator Dean Smith passed the second reading stage on Tuesday morning, the first time such a bill has progressed in Parliament.

“With the passage of this bill, we will demolish the last significant bastion of legal discrimination against people on the grounds of their sexuality,” said George Brandis, the government’s leader in the Senate.

“At last, Australia will no longer be insulting gay people by saying different rules apply to you.”

Later that evening, Labor angered Coalition conservatives, and moderates such as Senator Brandis, by voting down an amendment that would have inserted a clause in the Marriage Act aimed at ensuring nothing in the law prevented people from practicing their religion.

Another key proposal, which would have allowed civil celebrants to refuse to conduct gay weddings, was also rejected. Senator Smith and fellow Liberal Simon Birmingham were the only Liberals to oppose this amendment.

Same-sex marriage advocates have argued that many of the amendments would have wound back existing anti-discrimination laws, while others said the debate around religious freedoms should occur next year.

Labor senator Louise Pratt said the amendment would “undermine” the principle that civil celebrants should be bound by the secular laws of the state.

But Liberal senator James Paterson said it was “troubling” that an amendment that he believed was “uncontroversial” could be rejected.

Other rejected amendments from Senator Paterson and David Fawcett would have inserted a range of additional religious protections, including one that sought to create two separate definitions of marriage.

Further amendments will be debated on Wednesday before a final Senate vote on the legislation, which would then move to the House of Representatives.

Earlier, Labor politicians who had been tight-lipped about their stance on same-sex marriage revealed which way they would vote.

Don Farrell, a senator from South Australia, Tasmania’s Helen Polley and Chris Ketter of Queensland, said they would vote against same-sex marriage in the Senate.

Frustrated Coalition senators hit out at Labor as a string of amendments failed, claiming that ‘No’-voting opposition politicians had been denied a conscience vote on the amendments, meaning they were doomed to fail.

But Labor’s Jacinta Collins hit back in a fiery exchange with Coalition senator Barry O’Sullivan, saying his claims were “not true”.