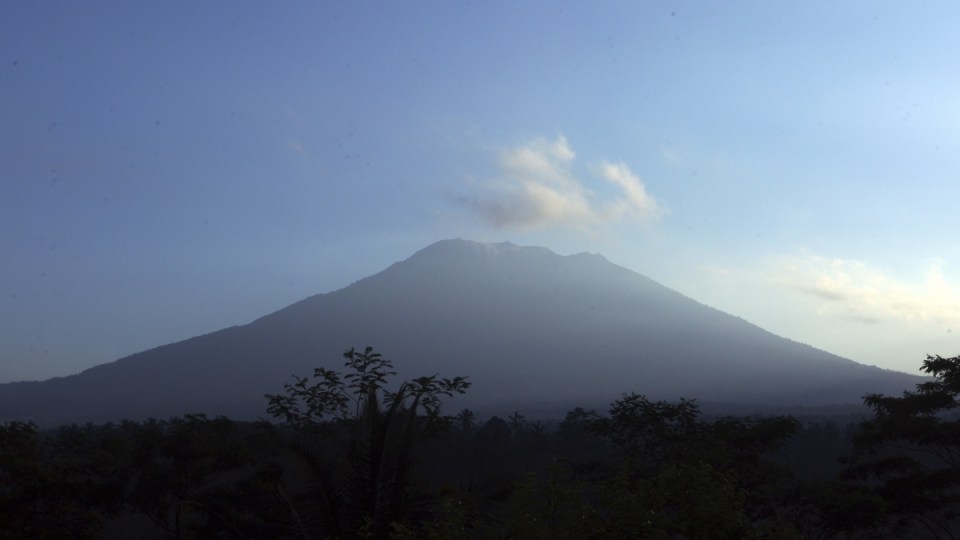 International airlines including Jetstar and Qantas have resumed flights to and from Bali after the second eruption of Mt Agung in a week.

Most Saturday night flights were cancelled despite Indonesia’s disaster management authorities saying it was safe to fly to the Island.

“The volcano and movement of ash cloud are highly unpredictable and flights are subject to change at short notice based on assessment of safety to fly,” Jetstar said in a statement on its website.

The latest eruption is significantly stronger than last Tuesday’s eruption, with a cloud of steam and pulverised rock driven at least 1,500 metres above the volcano’s 3,000-metre peak.

There have been no new evacuations in Bali and a six kilometre exclusion zone around the volcano has not been extended.

Ngurah Rai airport in Denpasar remained open on Saturday night. But within two hours of the eruption, Jetstar cancelled or diverted four flights heading to Bali as well as five flights due to depart from the island.

The pulverised rock contained in volcanic ash can cause significant damage to jet engines, but airlines have different criteria about how close to ash clouds their planes can operate.

A spokesman for Indonesia’s National Disaster Management Agency said the ash cloud was not affecting Denpasar’s flight paths and stated that it was still safe to fly in and out of the airport.

About 30,000 evacuees from Mt Agung remain in temporary accommodation. Most left their homes in September, when authorities first warned that a major eruption was likely.

He said about 2,000 people were stranded at the airport.