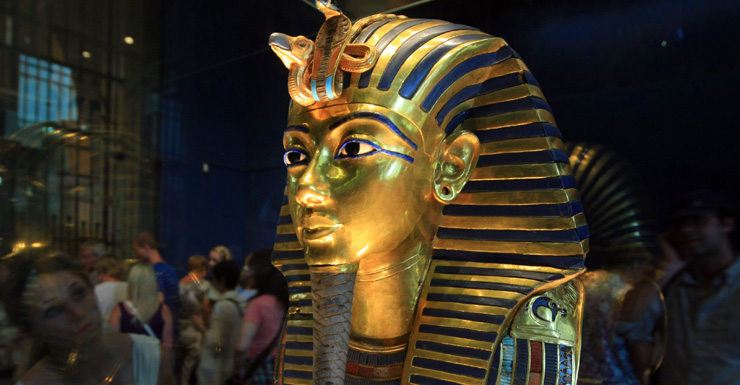 Joan Howard's Egyptian artefacts dosn't include anything quite so magnificent as King Tut, but it is enough to get Cairo heritage officials upset.

The Australian government has confirmed it is looking into the case of a 95-year-old Perth woman accused of looting artefacts from countries, including Egypt.

“It is not acceptable that Mrs Howard behaved as a pirate and appropriated from the different archaeological sites,” Ms Hanna wrote.

“Mrs Howard has broken all possible laws taking advantage of her diplomatic status.

“I demand that an investigation should be carried out on the sources of Mrs Howard’s collection now in Perth.”

She shared a link to a Seven West Media story headlined “Indiana Joan and her trove of artefacts”, which described the WWII nurse as “WA’s real-life tomb raider”.

“There is a mischievous twinkle in the great-grandmother’s eye as she reveals why she has humbly kept quiet about her derring-do,” the article read.

“You don’t go round saying ‘I’ve been in a tomb’,” Mrs Howard said, laughing.

Ms Hanna said the celebratory tone of the story sent a very negative message, especially given the large amount of looting of Egyptian archaeological sites in recent years.

“These activities decontextualise the cultural heritage and transforms the archaeological finds from historical objects to mere aesthetic artefacts,” she wrote.

The Department of Foreign Affairs and Trade said it was investigating the matter and was obligated under UNESCO conventions to return foreign cultural property which had been illegally exported from their country of origin.