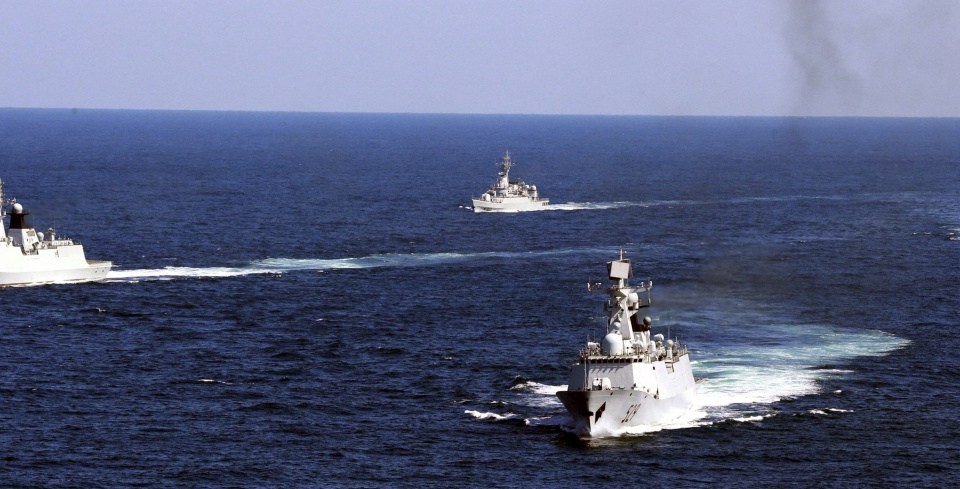 The White Paper said Australia was “particularly concerned by the unprecedented pace and scale of China’s activities” in the South China Sea.

While noting some positive language about the development of Australia’s relationship with China, the Chinese Foreign Ministry’s spokesman Lu Kang on Thursday night called on Australia to stop raising concerns about the territorial dispute.

“Australia is not a party to the South China Sea issue,” he said at a regular briefing in Beijing.

“Australia has claimed many times it does not take sides on the sovereignty issue of the South China Sea, so we urge Australia to keep its promise.”

Beijing claims virtually the entire South China Sea, pitting it against Taiwan and four Southeast Asian nations with overlapping claims in the waterway, which straddles busy international sea lanes and potentially has vast undersea deposits of oil and gas.

The US and others have accused Beijing of further militarising the region and altering geography to bolster its claims.

China says the seven islands it constructed on reefs and outcrops in the Spratly chain, which are equipped with airstrips and military installations, are mainly for civilian purposes and to boost safety for fishing and maritime trade.

“Australia opposes the use of disputed features and artificial structures in the South China Sea for military purposes,” the report said.

The White Paper also committed Australia to deeper engagement with other democracies in the region — a move widely viewed as a hedging strategy against the rising authoritarian power.

“The rules accepted by the international community are not made by any particular country”, Mr Lu said.

“China follows rules based on the present aim and situation of the United Nations, and not based on any political aims of any particular country”.

The Global Times said Australia had become a distant propaganda outpost in recent years, agitating for neighbours to be wary about China.

It said China “could relegate ties with Australia to the back of the line, and ignore its immature outburst”.

The White Paper said the Australian government would squarely focus on the Indo-Pacific region, while also strengthening and building ties with nations in other regions.

References to the “Indo-Pacific” rather than the “Asia-Pacific” have been viewed dimly by Chinese observers.

“This phrase or construct has been created to ostracise, to exclude China,” Professor Chen Hong of the China East Normal University in Shanghai told the ABC.

“China welcomes Australia to be an active part of the Asia-Pacific club,” Mr Chen said.

“I don’t think this is a good way to help the bilateral relationship.”