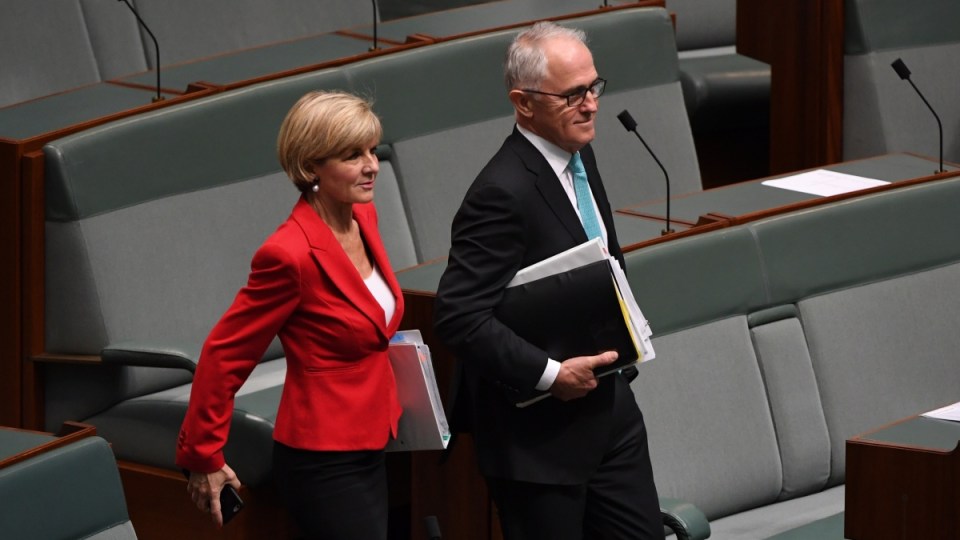 Australia must not be reliant on others for its security as it faces risky and dangerous times, Prime Minister Malcolm Turnbull has argued in a new foreign policy blueprint.

The first foreign policy white paper since 2003 will be launched by Mr Turnbull, Foreign Minister Julie Bishop and Trade Minister Steve Ciobo in Canberra on Thursday.

While the previous effort was drafted in the wake of the Bali and September 11 attacks, the latest blueprint comes in the context of an “America first” US president, a historic military buildup and economic expansion in Asia, the reshaping of Europe via Brexit and the continuing threat of Islamist terrorism.

“These are the most exciting times, the times of greatest opportunity, but they are also times of uncertainty, of risk, indeed of danger,” Mr Turnbull writes in the introduction to the 122-page paper.

“More than ever, Australia must be sovereign, not reliant. We must take responsibility for our own security and prosperity, while recognising we are stronger when sharing the burden of leadership with trusted partners and friends.”

The Turnbull government’s foreign policy will squarely focus on the Indo-Pacific region while also strengthening and building ties with nations in other regions.

The paper sets out five objectives:

The US alliance will remain central to Australia’s approach to the Indo-Pacific, the paper says.

“Without strong US political, economic and security engagement, power is likely to shift more quickly in the region and it will be more difficult for Australia to achieve the levels of security and stability we seek,” it says.

The government aims to step up co-operation with the US military, mainly through what are known as the United States Force Posture Initiatives – an annual six-month rotational deployment of US Marines and rotations of US Air Force aircraft and crew.

Australia is also buying 73 F-35A Lightning II aircraft, the first of which is due to come into service next year.

But China is challenging America’s position as the dominant power in the region, and the paper says the government was “committed to strong and constructive ties with China”.

China should exercise its power “in a way that enhances stability, reinforces international law and respects the interests of small countries and their right to pursue them peacefully”, the paper says.

“Australia will encourage the United States and China to ensure economic tension between them does not fuel strategic rivalry or damage the multilateral trading system.”

On North Korea, the paper urges the “strongest possible economic and other pressure” to stop the rogue state’s “dangerous behaviour”.

“North Korea’s actions underline the importance of the United States’ extended deterrence to Australia’s security and the security of the Republic of Korea and Japan.”

The threat from Islamist terrorism, cyber attacks and transnational crime “could worsen over the decade ahead”, the paper warns, and more work will be needed to strengthen counter-terrorism cooperation in Southeast Asia as foreign fighters return from Iraq and Syria.

However, the risk from direct military threat was “low”.

Papua New Guinea’s stability and prosperity will be a key focus as the nation struggles to provide basic services to a rapidly growing population.

The lion’s share of the $3.9 billion a year foreign aid budget would be concentrated in the region, based on four tests: the national interest; poverty reduction; leveraging funding from other sources; and results and value for money.