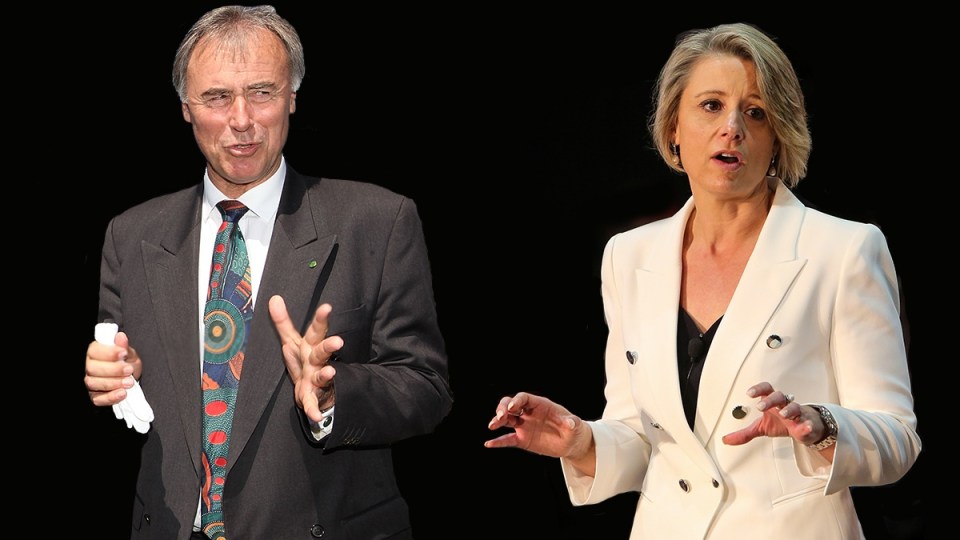 The Bennelong byelection will be a contest between two high-profile candidates. Photo: AAP

There was a performance by a Korean drumming troupe and in the centre of the packed hall two magnificent Chinese dragons shimmied across the stage.

The reason? The north-western Sydney seat that Liberal MP John Alexander will try to defend at a byelection (9.7 per cent margin) on December 16 is one of the country’s most culturally diverse.

More Bennelong residents describe their ancestry as Chinese than Australian or English. In total, 51.7 per cent were born overseas. Both major parties are actively campaigning to win the support of Asian-Australian voters, community leaders said.

“We know John Alexander well,” Justin Li, president of the Australian Asian Association of Bennelong, told The New Daily. “He’s attended a lot of our community events and we have a good working relationship with him.”

“Kristina Keneally has been actively getting out in the community too,” he added, speaking hours after meeting her at a morning tea for a local Christian group. In 2007, when it appeared John Howard might be on track to lose his seat as well the prime ministership, the Liberal leader gave two interviews to The Hanhoh Korean Daily newspaper, which is based in the Bennelong suburb of Eastwood.

The paper’s editor, Jason Koh, detected the Asian community was deserting the Bennelong MP of 33 years. He correctly predicted Mr Howard would lose his seat.

After Mr Alexander won Bennelong back from Labor’s Maxine McKew in 2010, Asian voters helped him extend his margin at two subsequent elections.

But Mr Koh said he believed Asian voters were again moving away from the Liberals.

“This time it will be quite neck-and-neck,” he said. “He [Alexander] still has more of a chance of winning, but Labor’s support is surging.

“The Turnbull government’s low popularity will affect the election as well. People are complaining about housing prices, energy prices.”

If a lack of affordable housing is now a national grievance, the problem is particularly acute in Bennelong, where the number of rented homes is now 6 per cent above the national average. House prices soared faster in Bennelong between the 2013 and 2016 elections than anywhere else in the country.

Perhaps unsurprisingly, Mr Alexander led a backbench push for action ahead of the May budget.

The government delivered a suite of measures aimed at addressing the crisis, but the package was labelled inadequate by critics, including Labor, and key aspects have not passed the Senate.

Mr Li said the wave of newer migrants to the area – mostly from  mainland China and South Korea – were also concerned by the government’s moves to toughen citizenship laws, and any signs the Coalition was cozying up to One Nation, even in Queensland.

Labor’s campaign could also be boosted by an intervention from a Catholic schools lobby angry with the government over the Gonski 2.0 education reforms.

A Catholic Education Commission of NSW spokesman told The New Daily the commission was “considering its options”.

Cory Bernardi’s Australian Conservatives are expected to run in the seat and the Christian Democratic won 6 per cent of the vote last year.

On the recent same-sex marriage vote, Bennelong was almost split down the middle when the postal survey results were announced.

“The result was no doubt due to quite a few people in the Asian community holding socially conservative views,” Mr Li said.

“Many of these voters backed John Alexander in the last election.

“With the issue more settled now … it’s a bit unclear where these votes will now go.”

Mr Li, who was born in Hong Kong and came to Eastwood as a child, stressed that the “large Asian community here don’t necessarily all vote as one block”.

“By and large, the issues for the Asian community are not that different to the rest of society.”

Bennelong by the numbers: The voters who could decide Malcolm Turnbull’s fate