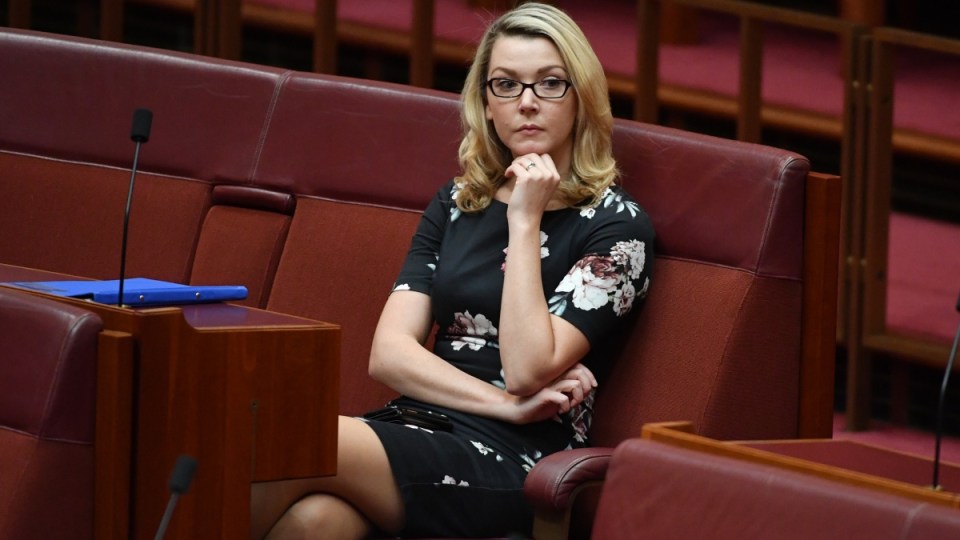 The citizenship crisis has claimed yet another politician, with Nick Xenophon Team senator Skye Kakoschke-Moore to resign over dual citizenship.

Senator Kakoschke-Moore told a press conference on Wednesday she had received confirmation she had inherited British citizenship through her mother.

“I am heartbroken by this news,” she said.

The first-term senator said her mother was born in Singapore in 1957 and migrated to Australia in 1970.

Asked why it had taken so long for her to realise she was a dual citizen, she said she had “no reason to believe she was a British citizen”.

She added that while living in Oman, her family had been told by the British Embassy that she was not eligible for the British passport.

“It was my understanding for my entire life that I was not eligible for British citizenship due to that rule.”

When the citizenship disclosure regime was announced earlier this month, she decided to check with authorities.

“I approached the UK Home Office last week to obtain clarification around my citizenship status to better understand why I was ineligible for British citizenship,” she said.

“I received advice from the UK Home Office last Friday. Their advice was extremely surprising to me.

“They advised that my mother was born in the former colony of Singapore before independence. This gave her citizenship of the United Kingdom and colonies under section 4 of the British nationality act 1948.”

Nick Xenophon, who quit the Senate to run in the South Australian state election for the seat of Hartley, paid tribute to Senator Kakoschke-Moore.

He said Senator Kakoschke-Moore would be referred to the High Court, which would decide how she would be replaced.

“I can say that from the preliminary legal advice that I obtained on behalf of Skye that we’re in uncharted legal territory as to whether it would be a count back or some other mechanism of dealing with this,” he said.

Mr Xenophon, who was cleared by the High Court over dual citizenship last month, predicted more politicians would be forced to resign.

He also conceded that lower house NXT MP Rebekha Sharkie may be referred to the High Court over doubts about her own eligibility.

“I think the situation is I expect that by December 4, when all the declarations will be made public, I expect that Skye will not be alone, many others will be caught up under section 44.1 of the constitution,” he said.

The South Australian vowed to continue in politics, though she said her focus was to run in another federal election, not the upcoming SA poll.

“I have unfinished business as far as I’m concerned in terms of advancing our political agenda,” she said.

“This will not be the end of my political career.”

Meanwhile, Labor senator Katy Gallagher has refused to reveal when the renunciation of her British citizenship was confirmed by British authorities.

Fairfax Media reported on Wednesday that while the former ACT senator and now federal senator formally renounced that citizenship, she would not say if that confirmation had been received before the deadline of June 9, 2016, by when candidates had to declare to electoral authorities they were not dual citizens.

Senator Gallagher joins colleagues Justine Keay and Susan Lamb as Labor politicians who may be drawn into the ongoing citizenship crisis.