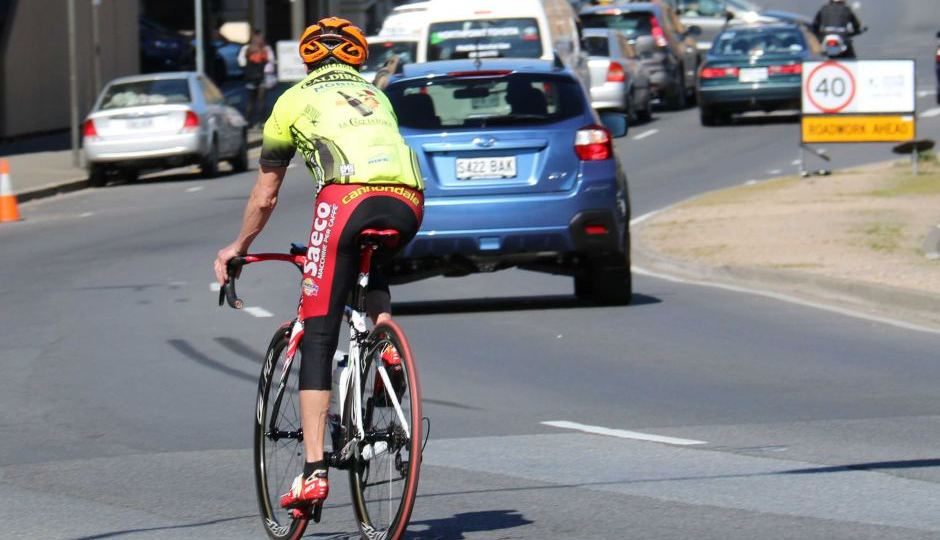 Almost 60 per cent of cyclists believe they should be able to ride without a helmet if they want to, according to a new survey, but a crash survivor says he would be dead if he was not wearing one when he came off.

The online survey, run by the Bicycle Network, Australia’s largest bike-riding organisation, also found that if current mandatory helmet laws changed to allow Australians to ride a bike without one, more than 30 per cent of people would ride a bike more often.

Bicycle Network chief executive Craig Richards said the results of the survey, which was completed by nearly 20,000 people, would help the organisation evaluate its position on helmets.

The group recently declared it was open to reviewing its support of mandatory helmet use.

“It’s something people are clearly passionate about and it’s helpful to see how Australia’s helmet laws may impact people’s decision to ride.

“The opinion of our members and people who ride bikes is important and will help inform our policy on Australia’s mandatory helmet law.

“Along with academic research and information from experts, we will be able to make fully informed decisions.”

Among the reasons given to relax the law is the belief that riding a bike is not necessarily a high-risk activity, that the mandatory law has had a negative effect on participation, that fines for non-compliance are a further disincentive and a questioning of the pro-helmet safety evidence.

Survey respondents were mainly Bicycle Network members and people who rode bikes with varying regularity, with 2 per cent saying they had never ridden a bike.

The strongest supporters of mandatory helmet laws were Victorians, Tasmanians, baby boomers, women, those who had had a serious crash and Bicycle Network members.

The weakest support for mandatory helmets came from Queenslanders, millennials, those who ride once or a few times a year, and non-Bicycle Network members.

Launceston cyclist Kevin Morgan was surprised by the survey results.

“I don’t believe you should ride a bike unless you’ve got a helmet, if you want to stay alive,” he said.

“The biggest problem we have out there today [is] we have a lot of people that have never ridden bikes before and more and more people are riding bikes, they need to be educated that you must wear a helmet if you want to stay alive.”

“[It’s] very, very critical that we continue with the helmet wearing,” he said. “We wouldn’t legislate for seatbelts to become non-compulsory now and I think it would be a shame, a backwards step if we allowed this to happen.

“It doesn’t matter how fast you’re riding, you hit a rock, you can be dead and a helmet can save you.”

Graeme Hodskiss is adamant helmets should be mandatory.

“Twelve months ago I fell off, cracked some ribs, stitches in my head, got knocked out and destroyed my helmet and hit a hole, thought I could ride a bike but down I went,” he said.

“If I hadn’t have had that helmet on I wouldn’t be here today.”

The Bicycle Network’s review of its mandatory helmet law policy will be finished by next April.