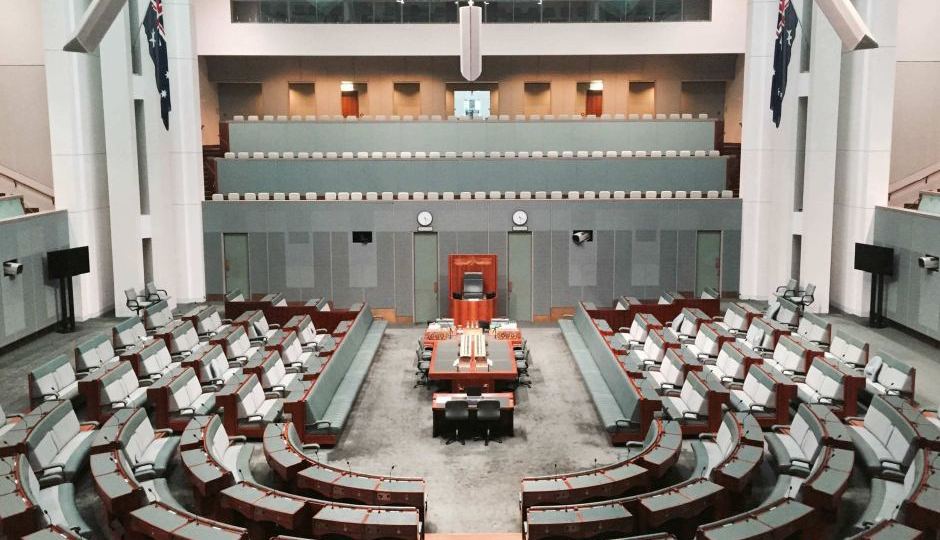 The next sitting of the House of Representatives has been delayed by a week, giving the Turnbull government some political breathing space.

The lower house was due to return on November 27, but Leader of the House Christopher Pyne said the Senate was unlikely to finish debating same-sex marriage laws – the government’s priority for the final sittings for the year – until November 30.

However, there are other greater pressures on the government – the heaviest of which is temporarily being two MPs short in the lower house.

Former Nationals leader Barnaby Joyce is expected to be returned at the December 2 by-election in his NSW seat of New England and would not be available for a parliamentary sitting week starting on November 27.

As well, there are fears the government could lose the seat of Bennelong, held by Liberal John Alexander, to Labor after the opposition preselected former NSW premier Kristina Keneally for the December 16 by-election.

A renewed push for a banking commission of inquiry is also weighing heavily on Prime Minister Malcolm Turnbull, as coalition backbenchers seek Labor and crossbench support for what could be an embarrassing defeat for the government.

Labor MP Rob Mitchell said it was a “cowardly and pathetic” move by the government.

Crossbench MP Bob Katter said the government was seeking to deny Australians an inquiry into the banks.

Mr Pyne said the decision had nothing to do with numbers on the floor of parliament, as he did not expect the official writs to have been returned for the New England by-election in the week starting December 4.

In any case, the government had the support of crossbench MPs Cathy McGowan and Rebekha Sharkie for confidence and supply.

He said the government wanted not only to pass the same-sex marriage laws but deal with the MP citizenship issue before the year’s end.

“That is the commitment we have made and that is what the Australian people expect,” Mr Pyne said.

The lower house will resume on December 4 at 10am AEDT, and will immediately pass a resolution setting a December 5, 8pm, deadline for citizen disclosures.

Then it will move onto debating and passing the marriage equality bill and any amendments.

Any referrals to the High Court resulting from members’ disclosures will be debated after the passage of the bill.

Mr Pyne said MPs should be prepared to sit for some or all of the second week starting December 11.

The Liberal frontbencher also appeared to give some leeway to Labor MPs who have faced coalition calls to resign over accusations of covering up problems with their dual citizenship.

Marriage equality: House of Reps sitting delayed by a week to deal with SSM legislation