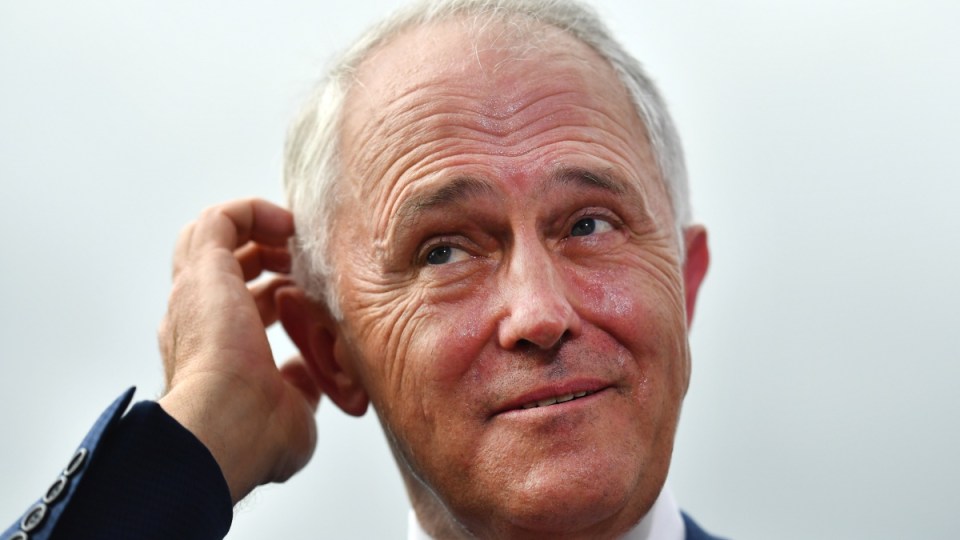 Malcolm Turnbull was unable to say what his favourite AC/DC song is. Photo: AAP

Malcolm Turnbull has been caught up in an awkward on-air gaffe after he struggled to name a single song from Australia’s most iconic rock band, AC/DC.

In the wake of the death of legendary guitarist and songwriter, Malcolm Young, the Prime Minister was asked on Triple M radio to name his favourite Acca Dacca track.

However, Mr Turnbull was caught out, instead naming a song by ’70s and ’80s Australian outfit, Mental As Anything.

“Ahhhhh …” he began, before turning the question back on to the Brisbane hosts Greg Martin, Ed Kavalee and Robin Bailey.

“Long Way To The Top for me, Highway to Hell, do I just keep reeling them off?” Martin responded.

Listen to Malcolm Turnbull’s interview below:

“Run through a few more,” Mr Turnbull said to laughs from the studio.

Stumbling to name a song, Mr Turnbull chose a different tack, nominating his favourite rock tune: “I tell you, my favourite song from that era is the Mentals’ If You Leave Me (Can I Come Too?)

“I am very romantic and that is the old romantic in me.”

Social media needed no encouragement to roast the PM for his apparent memory lapse.

Malcolm Turnbull naming Mental as Anything's "If You Leave Me Can I Come Too" as his favourite AC/DC song is an understandable slip – I'm sure he meant to say "Am I Ever Gonna See Your Face Again".

The Prime Minister’s Office played along, sending out a somewhat self-deprecating tweet around 4.30pm.

Alright, alright. The PM needs a refresh on his Aussie music so we're making him a playlist, starting with @acdc and a bit of @braithwaite_d. Tweet us your suggestions. pic.twitter.com/DJwJaJR2F9

Tributes have poured in for the Australian guitarist and AC/DC founder since his death was announced on Sunday.

“It is a sad day in rock and roll. Malcolm Young was my friend and the haert and soul of AC/DC … He will be missed and my deepest condolences to his family, bandmates and friends,” Van Halen founder Eddie Van Halen tweeted.

“The driving engine of AC/DC has died. A tragic end for a sometimes unsung icon. One of the true greats. RIP,” Kiss guitarist Paul Stanley said.

Young, 64, died in Sydney after a battle with dementia and ill-health.

It’s a long way to the top, but how did PM get there not knowing an AC/DC song?