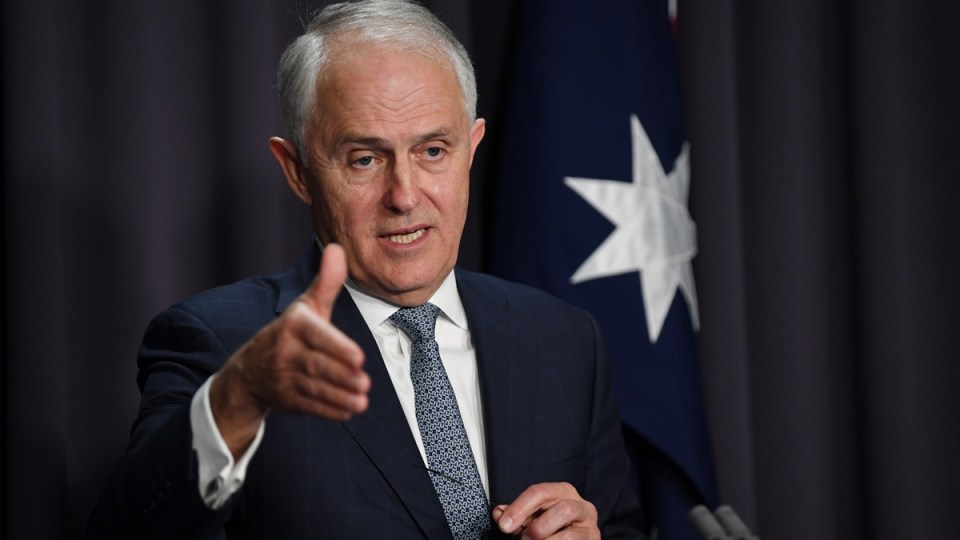 Prime Minister Malcolm Turnbull has taken the unusual step of delaying  Parliament for a week, a move Labor and some crossbenchers have described as an “attack on democracy”.

Leader of the House Christopher Pyne said on Monday the House of Representatives would resume on December 4, rather than November 27, because the Senate was unlikely to pass same-sex marriage legislation until November 30.

But Labor likened the move as befitting a dictatorship, claiming the government was seeking to avoid a vote on a banking royal commission, amid a possible rebellion from Nationals MPs over the issue while Barnaby Joyce and John Alexander are absent from Parliament.

“I think this is the sort of thing that happens in dictatorship,” Deputy Labor Leader Tanya Plibersek told Sky News.

“It is outrageous and it is unacceptable.”

Labor’s chief tactician Tony Burke said: “I have never heard of an occasion where Parliament gets cancelled because the Prime Minister is throwing a tantrum.”

Mr Pyne said he and the Prime Minister had requested the change from the Speaker in order to allow the government to pass same-sex marriage before the end of the year.

“The Senate has made their own arrangements about dealing with the private member’s bill of Senator Dean Smith, and that won’t be available for the House of Representatives in the week of the 27th [of November],” he said.

“The government has therefore made the decision that we would rather deal specifically with marriage equality and with dual citizenship before Christmas in the time of the sittings that are left available to us and therefore will return on the 4th of December.”

The change leaves only one sitting day for MPs to be referred to the High Court over citizenship, if necessary, after they lodge documents and evidence of their status under the new disclosure regime.

He denied that it was about protecting the government while Barnaby Joyce and John Alexander are fighting byelections.

“Assuming that they’re both re-elected in Bennelong and New England, they won’t be back on the week of the 4th of December so it has nothing to do with Barnaby Joyce and John Alexander not being available,” Mr Pyne said.

The Parliament could return for a further week if the same-sex marriage bill has not passed, he said.

Independent MP Bob Katter, who supports a banking royal commission, threatened to join with Labor and the Greens to reconvene Parliament without the government.

Labor and the Greens also said they would return to Canberra on Monday as rescheduled, though political experts said they could not reconvene Parliament without the consent of the government.

Greens lower house MP Adam Bandt said the Prime Minister was “on the run” from a royal commission into the banks.

“When I heard that a head of government was cancelling Parliament because he didn’t like what they people might have to say, I thought I was hearing about Zimbabwe not Australia,” Mr Bandt said.

Independent MP Andrew Wilkie slammed the government for delaying Parliament, but said he would not be joining Labor, the Greens and Mr Katter.

“In regards to my decision not to travel to Canberra next Monday, I have advice from the Clerk of the House of Representatives that no one outside the government can force a sitting of Parliament,” he said.

“The ALP and some cross-benchers going to Canberra have no hope of forcing Parliament to sit. I have judged this exercise an expensive stunt.”