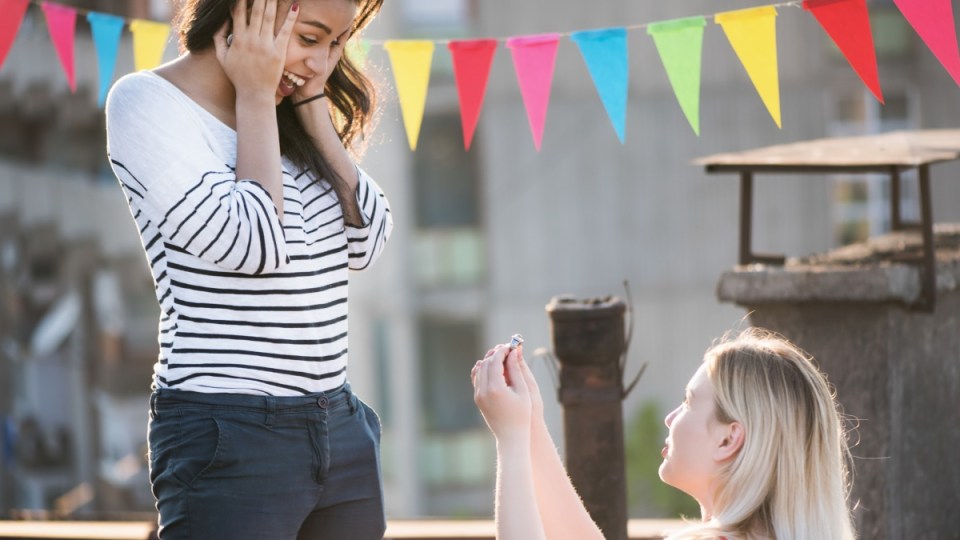 A push for urgent religious protection discussions could place Prime Minister Malcolm Turnbull’s promise for the legalisation of same-sex marriage “before Christmas” in doubt.

Dr Ghazarian did not rule out the possibility of the debate “dragging on” until next Christmas.

“Best-case scenario is before Christmas, worst case is whenever the government can get it through Parliament – no fixed date.

“A PM setting a deadline for legislation is always risky because there are so many variables.

“This could theoretically go on for a while. I don’t think it will – I’d expect it happening sooner rather than later – but there is nothing stopping it from dragging on.”

See what conservatives are calling for:

Mr Morrison said Australia needed marriage laws “that act for 100 per cent of Australians, not 61.6 per cent” who voted ‘yes’ in the postal survey.

He and other ‘no’-voting politicians have rejected suggestions by fellow members of the Coalition, including Liberal Minister for Immigration Peter Dutton, that religious protections discussion could wait until next year after gay marriage is legalised.

“Now is the time to deal with these matters in one job lot,” Senator Canavan told Sky News on Sunday.

However, the LGBT community remains hopeful that the government will stay true to its word.

Dale Park, co-convenor of the Victorian Gay and Lesbian Rights Lobby, described the proposed further debate as a “stalling tactic” but said he remains “optimistic” there will be gay weddings before Christmas.

“The PM made quite a clear commitment. Before Christmas,” he told The New Daily.

“Undoubtedly there are people who may want to delay it by adding in questions which I believe are already covered really extensively by the Dean Smith bill.

“I think any stalling tactics will be viewed poorly. Obviously there will be some not happy with the result but Australia did overwhelmingly vote ‘yes’.”

But she is “very confident” Australia would achieve marriage equality before the end of the year.

“Already, far-right members of the Liberal party have threatened to introduce frightening amendments to the Smith bill that, if passed, could see LGBTIQ people treated as second-class citizens in the workplace, in our health and education systems and at the shop counter.

“My sense is that the general public and the majority of Parliament won’t stand for any unwinding of our strong anti-discrimination protections.

“The result of the postal survey was a resounding, comprehensive Yes, and parliamentarians would be very foolish to allow any further delay.”