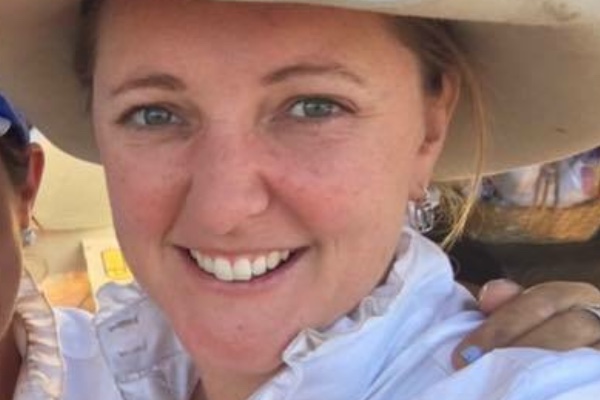 Victorian mum Sarah Hawthorn has woken up from a coma three months after contracting a horror flu while pregnant. Photo: gofundme

A Victorian mum who spent months in a coma after contracting a horror flu while heavily pregnant is now awake and in a stable condition, her family says.

After three months in intensive care at Melbourne’s The Alfred Hospital, 33-year-old Cobram mum Sarah Hawthorn has woken and continues to improve.

“It has been a big journey for our family and at this stage, while Sarah is in recovery, we won’t be making any further comment,” Ms Hawthorn’s family said in a statement on Thursday.

“We’ve been overwhelmed by the generosity of the community, and all the kind wishes we have received.

In a gofundme page created in September, Ms Hawthorn’s sister-in-law said “her gorgeous boy arrived earlier than planned and following his birth Sarah was, and remains, in a critical condition in an induced coma”.

Ms Hawthorn’s son was delivered five weeks premature and she reportedly fell into the coma unaware she had given birth.

“Her baby boy has never had the chance to lay with his Mum, snuggle into her chest or hear her infectious laugh,” the sister-in-law, Rachel Holt, wrote in the fundraiser.

It raised more than $30,000 for the family, with funds going towards travel, accommodation, and medical expenses.

Ms Hawthorn’s husband was living 270 kilometres away from home to be by his wife, while caring for their newborn baby boy.

“I am in awe of his strength, his courage and his outlook, despite the situation he is facing,” Ms Holt said.

In September, the state health department said it had confirmed more than 13,000 flu cases.