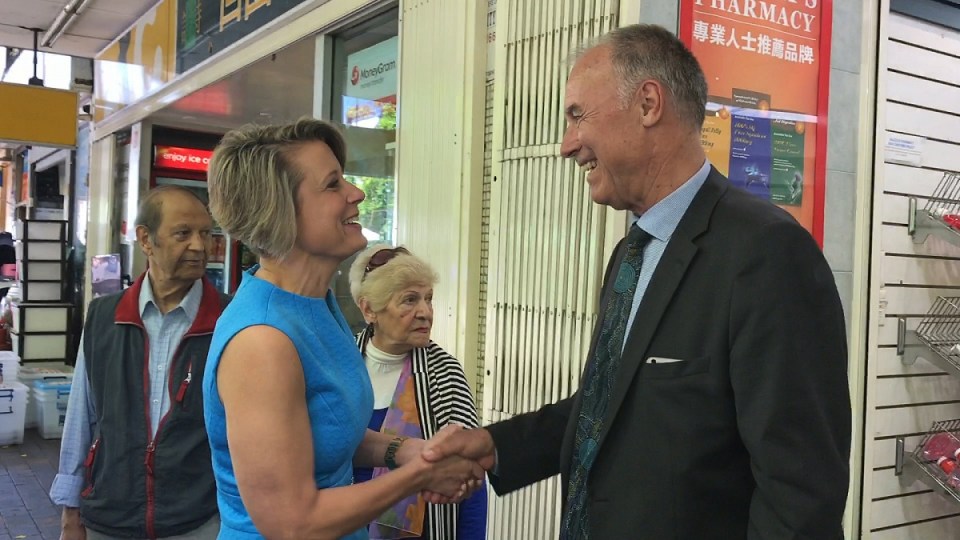 Liberal John Alexander has renounced his British ties and can defend his seat of Bennelong.

Mr Alexander received advice from the UK Home Office in the past 24 hours that he was no longer a dual citizen.

“Today started off with some great news … I had official notification from the (UK) Home Office that I am indeed something that I’ve always believed I am – Australian and solely Australian,” he told reporters in Sydney on Friday.

Mr Alexander quit parliament when he discovered he “most likely” held dual citizenship by descent – which would disqualify him under section 44 of the constitution.

He has also been officially endorsed as the candidate by the NSW Liberal Party.

Sky News’ political editor David Spears said in a tweet on Friday afternoon that Mr Alexander had “received confirmation from UK of renunciation of any British citizenship”.

“They have not been able to prove he ever was a dual citizen, but have renounced any entitlement.”

A short time later he posted a copy of a form which revealed Mr Alexander was “almost certainly” a dual citizen, saying a byelection “was necessary”.

Here’s the form. To be clear, it seems John Alexander almost certainly was a dual citizen. Now he’s not. By-election was necessary pic.twitter.com/8YRxIxRW3D

Mr Alexander, the member for Bennelong, resigned on November 11 after saying he could not be certain he was not a dual citizen, admitting there was “still confusion” about his citizenship.

His father was born in Britain and never renounced his citizenship, meaning he was most likely a dual citizen by descent.

“In view of recent events and the High Court decision, in my position, I have had to thoroughly examine my situation,” he said at the time.

“Given what I have learned about the constitution and understanding now of the High Court decision just a couple of weeks ago, I can no longer, with sufficient certainty, maintain the belief that I have held through my 66 years.

“Therefore, it is my obligation that I must resign. That’s what I will do.”

“I think there is a great need for certainty, to clarify the situation and to do so as expeditiously as possible,” he said.

“I will seek the support of my party to contest the byelection for Bennelong.”

Three days later, on November 14, former NSW premier Kristina Keneally announced she would run for the federal seat of Bennelong in a bid for Labor to wrest the crucial Sydney seat from Mr Alexander at the upcoming byelection.

Standing alongside Opposition Leader Bill Shorten in the Sydney suburb of Eastwood, Ms Keneally quickly declared herself an underdog to win back the seat, which Mr Alexander held by almost 10 per cent.

“I’m under no illusions that this is going to be a tough campaign,” she said.

“We do start out as the underdog in this campaign. But I’ve never shirked from a fight.”

Nominations close on November 23 and the byelection will be held on December 16.