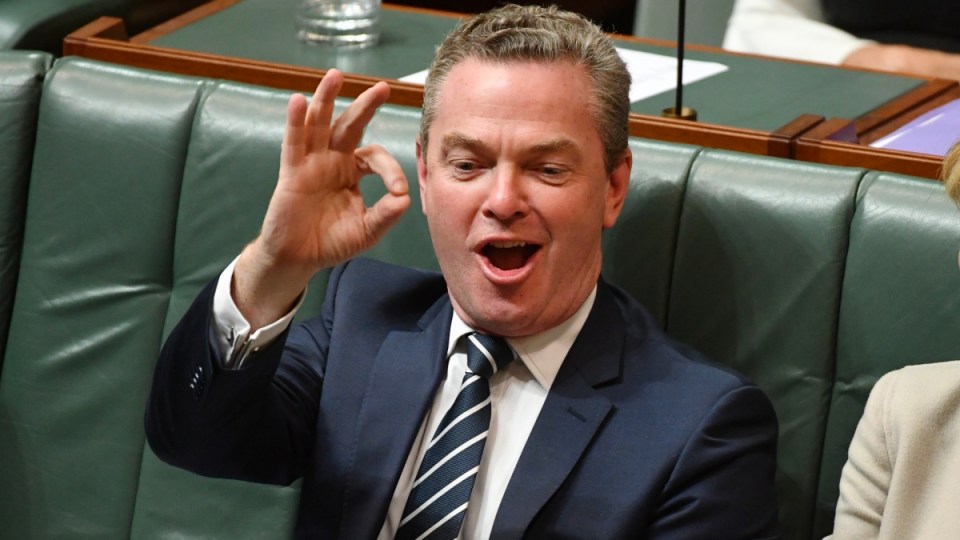 “I was hacked overnight!” Mr Pyne tweeted this morning, noting he had been asleep at 2:00am when the “like” occurred.

The activity on his Twitter account was pointed out on the social media site by other users including Australians living overseas.

He has since removed the “like” on the pornographic image.

In his tweet this morning, he suggested a potential motive for the issue overnight was, “Maybe they are making mischief over the plebiscite?” referring to the result of the national survey on allowing gay marriage.

United States Republican politician Ted Cruz was also forced to explain a “like” that caused a pornographic post to briefly appear on his Twitter feed in September.

“It was a staffing issue and it was inadvertent. It was a mistake. It was not a deliberate action,” Mr Cruz told reporters at the time.

I was hacked overnight! I was 😴 at 2am. Someone tried to hack my social media yesterday. Maybe they are making mischief over the plebiscite?