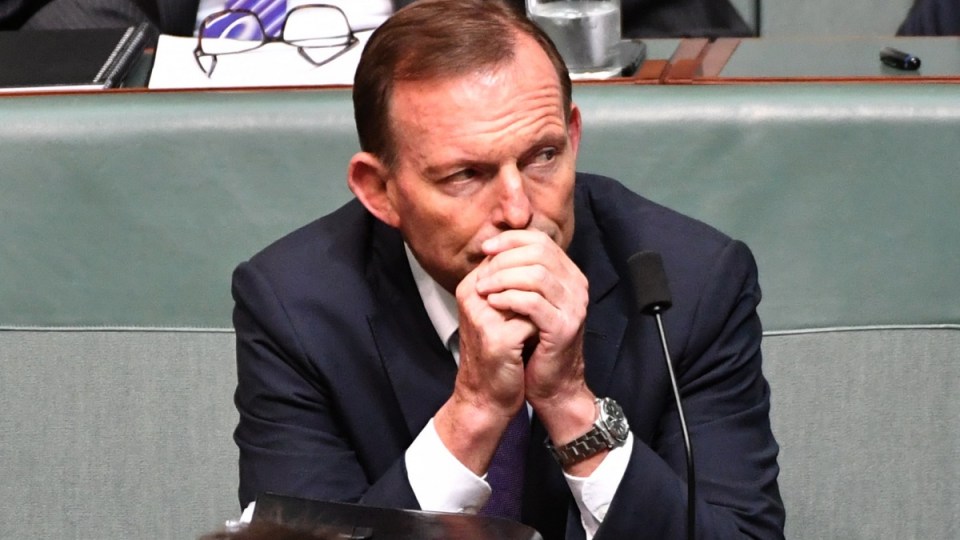 Staunch ‘No’ campaigner Tony Abbott has adopted a different tone after a resounding ‘Yes’ vote revealed him as the MP most out of touch with local and national views on marriage equality.

Official data published on Wednesday showed Mr Abbott was the only MP inside the top 10 ‘Yes’-voting seats to have campaigned contrary to the views of the majority of his constituents and his fellow Australians.

The former prime minister’s electorate of Warringah voted overwhelmingly in favour of same-sex marriage, clocking the 10th-highest ‘Yes’ vote in the nation at 75 per cent.

This was well above the national average of 61.6 per cent supporting a change to marriage law to allow same-sex couples to wed.

No other MPs in the top 10 pro-gay marriage electorates campaigned differently to their constituencies – including Tim Wilson, Liberal MP for the Victorian seat of Goldstein, who wears a ring on his finger as a symbol of his seven-year engagement to his partner Ryan. His electorate voted ‘Yes’ by 76.3 per cent.

Queensland’s first openly gay federal MP Trevor Evans, a Liberal-National, also featured among the country’s most progressive regions. His views aligned with his electorate of Brisbane, where 79.5 per cent wanted the law to change. But after it was revealed that only 25 per cent of his electorate voted ‘No’, the former PM adopted a different tone.

In an interview with 2GB on Wednesday afternoon, Mr Abbott mentioned three times that the original plebiscite – which morphed into a postal survey – was “his idea”.

“It’s a vindication of the process that was put in place by my government and continued by the Turnbull government,” he said.

Later in the interview he said: “This whole idea of a plebiscite was mine originally. Back when I first proposed it, it wasn’t widely popular with some of my colleagues who now endorse the process – and good on them for changing their minds.”

And again: “I put this process in place. I have, in a sense, facilitated the change.”

In the same interview, Mr Abbott said it was a “great day” for those who had spent many years campaigning for same-sex marriage in Australia, congratulating all supporters for their “big win”.

He said he would not attempt to “frustrate the will of the public”, adding that the bill should be passed as quickly as possible.

“I certainly intend to facilitate the passage of a bill,” Mr Abbott told 2GB.

“I think it is good that everyone had a say. I think the result should now be respected by the community and by the parliament.”

Mr Abbott’s comments stood in stark contrast to his strong rhetoric in the lead-up to the result – when he had likened the advocacy for a ‘Yes’ result to a “war on our way of life that politically-correct activists have been prosecuting for years”.

At the other end of the spectrum, the electorate with the lowest votes for same-sex marriage was Blaxland in New South Wales which gained just 26.1 per cent of votes in support of the marriage law change.

However, the result has not dissuaded same-sex marriage supporter Jason Clare, the local Labor MP, from his intention to vote ‘Yes’. He made it clear he would put the desire of Australians before the views of his constituents.

Several other Labor MPs representing multicultural seats in western Sydney also insisted they would side with the nation over their ‘No’-voting communities.

Marriage equality: Tony Abbott exposed as ‘most out of touch’ with electorate, nation