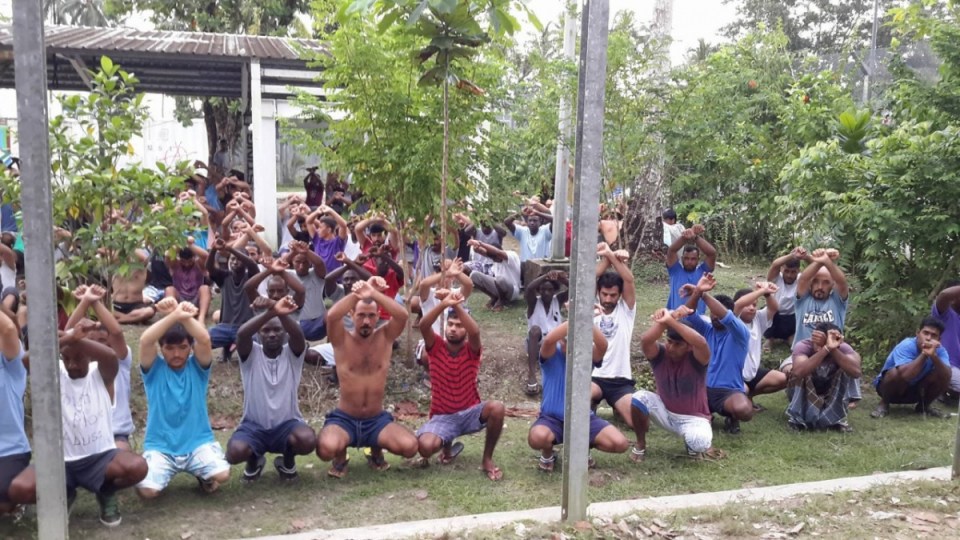 Water supplies have been destroyed at the now decommissioned detention centre on Manus Island, refugees and asylum seekers claim.

Rubbish and dirt was tossed into wells the men had dug in the mud to reach water, he said.

Ezatullah Kakar, a Pakistani refugee, said he was “of course” worried about water: “But we will fix again.”

Mr Kakar had bought food and smuggled it back into the centre four times. He then fell ill, but said he plans to bring more supplies in.

“Really I am very tired but I hope I will bring [food] tomorrow night now … I am not feeling well but now I’m okay,” he told The New Daily.

Samad Abdul, also from Pakistan, said all the men were hungry.

“We had some rice and flour to make our own bread last time,” Mr Abdul said.

“Yesterday the guys provided some rice for one day. We cooked yesterday, ate some in the dinner and saved some for today’s dinner.”

He was looking around for something to eat while speaking to The New Daily on Monday, and found a coconut.

“I’m just pretending everything is okay but to be honest the atmosphere is tense and terrified. Everyone is scared and confused.”

Many of the men have become sick as conditions at the site worsen.

“Our toilets smells worst and we are getting sick. Yesterday I was feeling dizzy and had a strong headache. Now I’m doing okay,” Mr Abdul said.

A notice put up on Thursday said the men needed to move out of the unhygienic conditions for their health.

The men have slept outside their stuffy rooms, which were insufferably hot since electricity and air-conditioners were withdrawn.

Mr Abdul said he was sleeping on a bedcover outside and was getting between three and four hours’ sleep since the centre closed on October 31.

Workers also took down tarpaulins which were sheltering the men outside.

The men have fashioned fencing out of ripped fabric and stacked bunk beds along the perimeter of the centre after the security gates were dismantled on Thursday.

About 400 men remain at the Lombrum centre after water, food, electricity and healthcare was withdrawn on October 31.

The men fear for their safety in Lorengau after being attacked in the area over recent months.

Witnesses on Manus Island have claimed one of the three alternative sites, West Haus, remains unfinished. Immigration Minister Peter Dutton has rejected the claims and reiterated the men were staying in the poor conditions at Lombrum “by choice”.

Prime Minister Malcolm Turnbull on Sunday rejected New Zealand’s renewed offer to resettle 150 refugees, at least until the arrangement with the Trump administration has concluded.

A total of 54 refugees from Manus Island and Australia’s other offshore processing centre on Nauru have been resettled in the US.

A spokesperson from the US Bureau of Population, Refugees and Migration last week told The New Daily more refugees were expected to be resettled in coming months.

The New Daily has approached Mr Dutton’s office for comment.