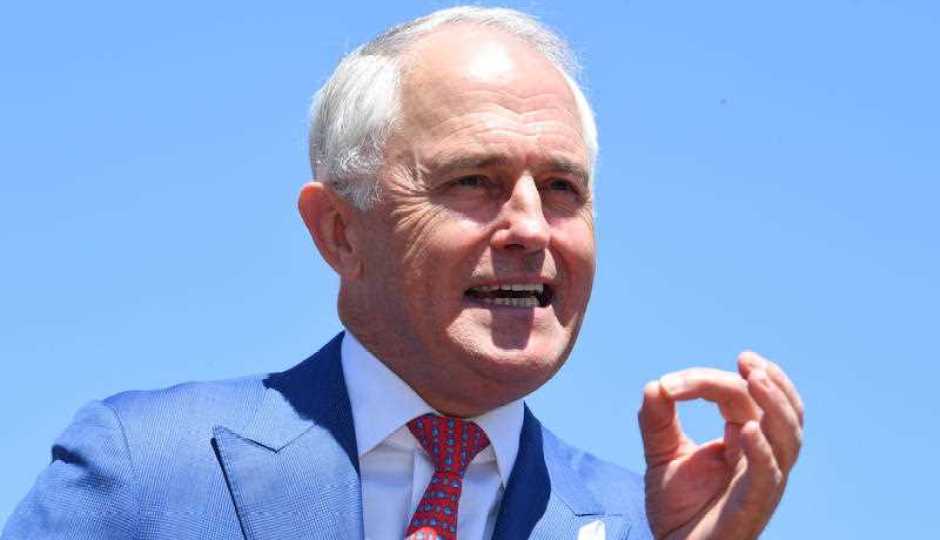 The Prime Minister is under pressure. Photo: ABC

All MPs and senators will have until December 1 to declare and provide evidence they are not dual citizens, after the government and opposition agreed to a deal on how to try to resolve the dual citizenship saga.

Attorney-General George Brandis detailed the new process to the Senate on Monday afternoon, explaining politicians would be given a deadline of 5pm on that date to disclose the birthplace of their parents and grandparents.

If they are dual citizens or potential dual citizens by descent, they will need to provide proof they have renounced that citizenship.

Senator Brandis said it had been a difficult time for the Senate and the House of Representatives and that those who had doubts about their citizenship had “a moral obligation” to either resign or refer themselves to the High Court.

The parties had been locked in negotiations over the new disclosure rules for parliamentarians’ citizenship status.

The deal comes as the government secured the support it needed to send Labor MPs to the High Court over their citizenship.

The Coalition named four opposition members it suspects were ineligible to stand for election, including one who has admitted her renunciation was not confirmed on time.

It would need to wait until the House of Representatives is sitting again before it could refer those members.

The MPs include Justine Keay, who has conceded the renunciation of her UK citizenship was not confirmed until after the 2016 election, Susan Lamb, who may be entitled to UK citizenship through her deceased father, along with West Australian Josh Wilson, who has refused to say when British authorities finalised their applications.

But the fourth MP named by the Government as being a suspect dual national renounced her British citizenship three weeks before the deadline.

Madeleine King, WA Labor MP for Brand, has released a letter to the ABC from the UK Visas and Immigration agency confirming the “effective date” of her renunciation was May 19, 2016.

This is 22 days before the June 9 cut-off, when nominations for the 2016 election closed.

Labor argues all of its MPs and senators are clear of dual citizenship doubt, including Tasmania’s Senator Keay and Queensland’s Senator Lamb.

“All of these people took every reasonable step to renounce citizenship before their nomination,” Deputy Labor leader Tanya Plibersek said.

The citizenship crisis that has engulfed the Coalition is being blamed for the latest opinion poll slump, with the Newspoll published in The Australian showing Labor leading the Coalition 55-45 on a two-party preferred basis.

That is the 23rd consecutive loss under Malcolm Turnbull’s leadership.

Mr Turnbull used the fact Tony Abbott had lost 30 consecutive Newspolls as a justification for replacing him as prime minister in September 2015.

He has slumped to 36 per cent support, just ahead of Bill Shorten on 34, leaving 30 per cent of people uncommitted.

Manager of Government Business Christopher Pyne said the Newspoll reflected the public’s view of the citizenship scandals engulfing the Parliament.

“There’s no doubt that the last fortnight has been messy from the Government’s point of view because of this issue around dual citizenship. That would have affected people’s thinking around the government,” Mr Pyne told AM.

The Government is also facing further upheaval on its front bench, with Special Minister of State Scott Ryan resigning from the ministry today to become Senate President.

His decision to move from the ministry to Senate President is unusual for someone relatively early in their ministerial career.

But once he expressed interest in taking the job, his colleagues considered him the best option to take it on.

The only other challenger for Senate President was Greens senator Peter Whish-Wilson.

The citizenship debacle has already disrupted the ministry, with former Nationals Barnaby Joyce and Fiona Nash being ruled ineligible by the High Court.

Prime Minister Malcolm Turnbull is acting Agriculture Minister while Mr Joyce fights a by-election to win back his seat of New England.

Mr Joyce is expected to win that contest and subsequently return to his frontbench jobs.

Another by-election has been called for the seat of Bennelong, where Liberal MP John Alexander has resigned because he cannot be certain of his citizenship status.

Bennelong voters will go to the polls on December 16.

Mr Turnbull is likely to wait to announce a reshuffle until after the result of Mr Joyce’s by-election.