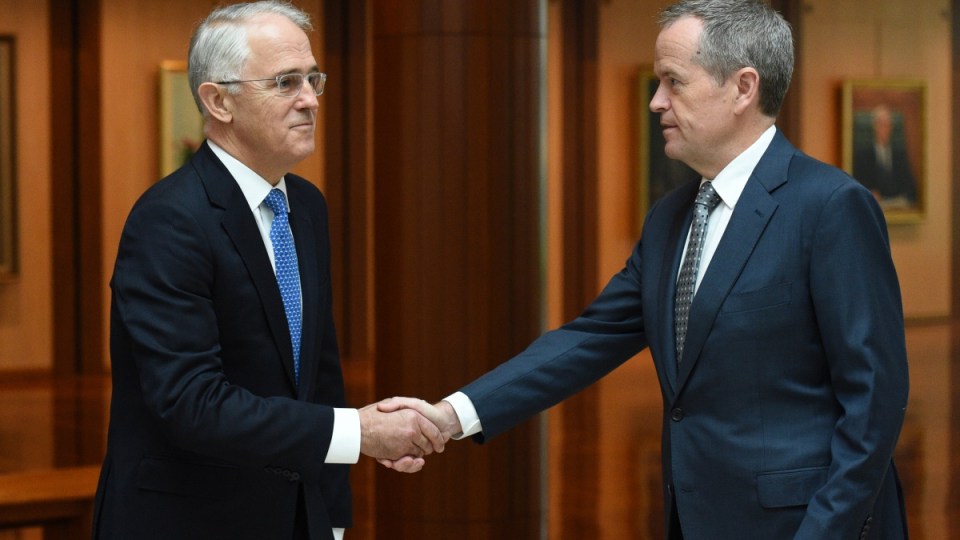 Malcolm Turnbull and Bill Shorten are yet to come to an agreement to end the citizenship crisis. Photo: AAP

Negotiations between Malcolm Turnbull and Bill Shorten to find a solution to the citizenship crisis have descended into an ugly tit-for-tat as a key crossbench MP finds herself drawn into the saga.

A day after a solution to the citizenship fiasco eluded the two leaders, Mr Shorten sought to increase pressure on the PM, writing to his counterpart with a list of demands to strengthen the proposed parliamentary disclosure regime.

In a letter to the PM on Thursday, Mr Shorten demanded MPs hand over more evidence than under the government’s proposal, that any ministers referred to the High Court stand aside, and rejected Mr Turnbull’s suggestion to consider only non-controversial legislation for the rest of the year.

The Opposition Leader also reiterated his call for a shorter, five-day time period for MPs to disclosure their status.

“A bipartisan solution is possible, however we will not agree to a process that is insufficient to genuinely build public trust in the eligibility of parliamentarians,” Mr Shorten wrote.

The letter, sent to the PM as he jumped on a plane headed for the APEC summit in Vietnam, provoked a furious response from the government.

Mr Turnbull warned the government was prepared to use its numbers to refer individual Labor MPs to the High Court – another of Mr Shorten’s demands and a parliamentary concept previously backed by Attorney-General George Brandis.

Mr Turnbull told reporters in Da Nang, Vietnam, he is confident the major parties can settle their differences, but is prepared to present his resolution to parliament with or without Labor’s support.

He struck out at Mr Shorten for urging him not to make “partisan referrals” of Labor MPs facing citizenship questions to the High Court.

“We will vote to refer to the High Court anybody – whether they’re on the government side, the Labor side, or on the crossbenches – if there are substantial grounds to believe they are not in compliance with the constitution,” the PM said.

“To ask me to do anything else is quite unworthy, and I’m disappointed he made that request, and he even thought that was a proper thing to do.”

Mr Turnbull said the coalition had earlier referred its MPs to the High Court despite advice they were in the clear.

The  threat came after Nick Xenophon Team MP Rebekha Sharkie was drawn into the crisis, revealing she had only received confirmation she had successfully renounced her British citizenship after nominating for Parliament.

Ms Sharkie, who holds the marginal Adelaide seat of Mayo, also revealed Mr Turnbull had suggested she may need to refer herself to the High Court.

“I believe that I took all steps that were required by the UK to renounce any entitlement to UK citizenship, that were within my power to do so,” said Ms Sharkie, whose situation mirrors that of Labor’s Justine Keay, and potentially, Josh Wilson and Susan Lamb.

Labor has backed Ms Keay, saying she took “all reasonable steps” to renounce her citizenship, but constitutional law experts and the government have argued the High Court should be asked to determine her eligibility.

Mr Turnbull, who pointedly declined to criticise Mr Shorten after Wednesday’s meeting, went on the attack on Thursday morning, claiming the Opposition Leader was not “fair dinkum”.

“I sat there with my iPad for two hours with him and I could not get him to specify what changes he wanted,” Mr Turnbull said of the meeting.

Joining Queensland Premier Annastacia Palaszczuk on the election hustings in Bundaberg, Mr Shorten hit back: “I understand that the Prime Minister had a bit of a tantrum on television this morning, and I get that he’s under pressure.”

“But I just want to say to Australians who want to look beyond the carry on and the name calling, we did make progress.”

In a tense interview with Today host Karl Stefanovic, Mr Turnbull also appeared to acknowledge the fiasco had worsened, telling the morning show host: “I’m good man in a crisis.”

With tensions rising between the major parties, the Australian Monarchists League called on Governor-General Peter Cosgrove to intervene.

Liberal MP John Alexander, who may have received British citizenship through his father, was yet to confirm his status despite contacting UK authorities on Monday.