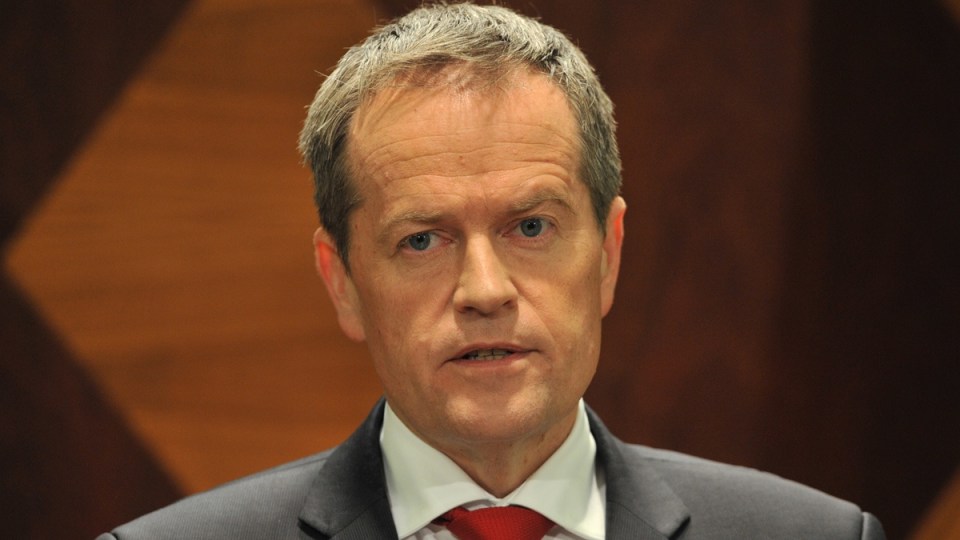 Labor leader Bill Shorten has backed mounting calls for all MPs to disclose their citizenship status in a parliamentary audit.

It follows the resignation this week of Senate president Stephen Parry after he disclosed he held dual British and Australian citizenship.

In what is being widely seen as a backflip on the party’s opposition to date on an audit, Mr Shorten said he was concerned there had been a “cover-up” in the belated disclosure of Mr Parry’s citizenship concerns and his subsequent resignation.

Mr Parry admitted this week he had told senior cabinet figures of his concerns two months ago, prompting Mr Shorten’s allegation of “cover-up” which was “incredibly alarming”.

Mr Shorten said it was imperative that confidence be restored to the Parliament.

“The government has no plan to resolve the citizenship crisis. Turnbull has been incapable of providing any leadership to fix this mess,” Mr Shorten said in a statement on Friday.

“Labor is prepared to support a process such as universal disclosure to the Parliament to deal with this issue effectively.

“Labor has the strictest vetting processes; we’ve got nothing to fear from greater transparency and disclosure. We welcome it.

“Whatever the ultimate process is, it must adhere to clear principles. It must be accountable to the people through the Parliament.

“It must have bipartisan agreement prior to implementation. It must be sufficiently robust to give all Australians confidence in the process.”

Meanwhile, Prime Minister Malcolm Turnbull ruled out the audit, declaring the government was “not going to engage in some kind of national witch hunt”.

Mr Turnbull said only the High Court had the power to determine who was eligible for Parliament, and in an impassioned speech on Friday took aim at critics of Energy Minister Josh Frydenberg over whether Mr Frydenberg held Hungarian dual citizenship through his mother.

“Has this witch-hunt become so absurd that people are seriously claiming that Josh Frydenberg is the citizen of a country which has stripped his mother and her family of their citizenship and would have pushed them into the gas chambers had it not been that the war was ended before they had time to do so?” Mr Turnbull asked reporters in Perth on Friday.

Mr Turnbull is due to meet newly sworn-in New Zealand Prime Minister Jacinda Ardern in Sydney on Sunday, only days after she expressed concern about the Manus Island stand-off.

More than 600 refugees are in a stand-off on Manus, after barricading themselves in the mothballed detention centre, which closed on Tuesday.

Food and drinking water has run out and the group is too scared to move to alternative accommodation in the main township out of fear they’ll be attacked by locals.

New Zealand takes a total of 750 refugees a year and made an initial resettlement offer under John Key’s government in 2013 to the then Labor government of Julia Gillard.

The offer has been rejected more than once on the grounds it would give refugees a “backdoor” entrance into Australia and would become a marketing opportunity for people smugglers.

However, Ms Ardern has moved to insist the offer still stands.

Mr Shorten said there were strong similarities between NZ’s plan and a a deal with the United States to resettle up to 1250 people.

“(The prime minister) should have the conversation and see if we can make this proposal work,” Mr Shorten said.

“If it’s not a viable option, then Turnbull should explain why. Doing nothing is not an option.”

The Manus Island detention centre was forced to close after PNG’s Supreme Court ruled last year that Australia’s detention of refugees and asylum seekers there was illegal and unconstitutional.