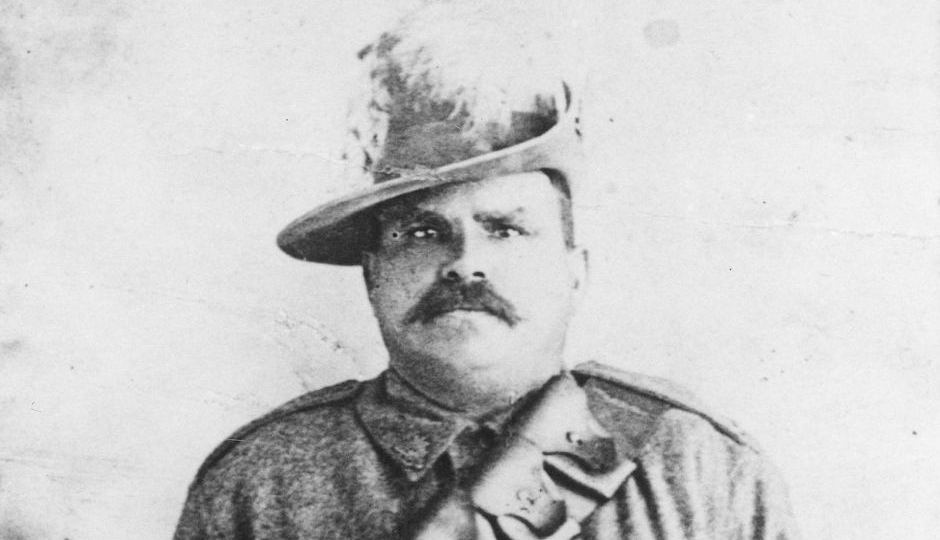 Despite laws which meant they weren’t even recognised as citizens in their own country, more than 1000 indigenous soldiers managed to sign up to serve with Australian forces in World War I.

Descendants of 12 of those soldiers are in Beersheba this week to commemorate the centenary of the battle there which helped turn the war.

“Why did they do it?” asked the Australian War Memorial’s indigenous liaison officer, Michael Bell.

“Why would you try to serve a nation that had taken so much from you in such a short time span?”

The descendants of World War I Aboriginal servicemen have their own theories.

More than a sense of adventure

Elsie Amamoo is the great grand-daughter of Trooper Frank Fisher, who served in the 11th Light Horse Regiment in the Palestine campaign of 1917-18.

“I guess he was a man who was passionate about what he did and was willing to protect his family, whatever cause it took,” she said.

Ricky Morris, whose grandfather Frederick Lovett served in the 4th Light Horse Regiment in what is now Israel, believes there was more to it.

“I’m a veteran myself of Afghanistan and East Timor and there’s a sense of adventure there, but I think it’s a little bit deeper than that,” he told 7.30.

“With not having the right to work, vote, weren’t even classed as Australian citizens, so there may have been other motivating factors there as well, I’m sure.”

Both Mr Morris and Ms Amamoo are taking part in the centenary commemorations for the Battle of Beersheba in Israel this week.

Ms Amamoo, who only found out about her great-grandfather’s military history last year, is delighted to take part.

“It feels like I’ve got a missing piece of the puzzle, of who I am, I think that’s what it means to me,” she said.

“Just being able to know who I am and where I fit in Australian history and also within my family as well.”

“There was a lot of prejudice around in those days as we well know,” Barry Rodgers of the Australian Light Horse Association told 7.30.

“I don’t have a black armband view of history and some bad things happened, I’m not going to gloss over that, but my aim is getting all Australians to feel proud about what these men did.”

For the first three years of the war, the Australian Imperial Force insisted that soldiers had to be of substantive European origin.

“It therefore precluded on its face, the enlistment of Aboriginal men,” Mr Bell said.

But what was, at the time, called the “Halfcaste Military Order” of 1917 allowed some exemptions.

“That allowed Aboriginal men with at least one European parent, or people who had lived with white men, to be accepted into the AIF,” Mr Bell said.

Despite putting their lives on the line, indigenous veterans didn’t enjoy the same rights as white Australian servicemen after the war.

Mr Morris’ grandfather, a Gundijimara man from the Lake Condah Mission in south-west Victoria, was still alienated from his homeland.

“The Gundijimara land was divided up for solider resettlement and Grandad and [others] weren’t recognised for soldier resettlement, even though they were returned servicemen,” he said.

“My sister used to go in there to the RSL and say, ‘Well my grandfather was in the First World War’, but then there was no documentation about it,” she said.

Remembering the indigenous soldiers at Beersheba