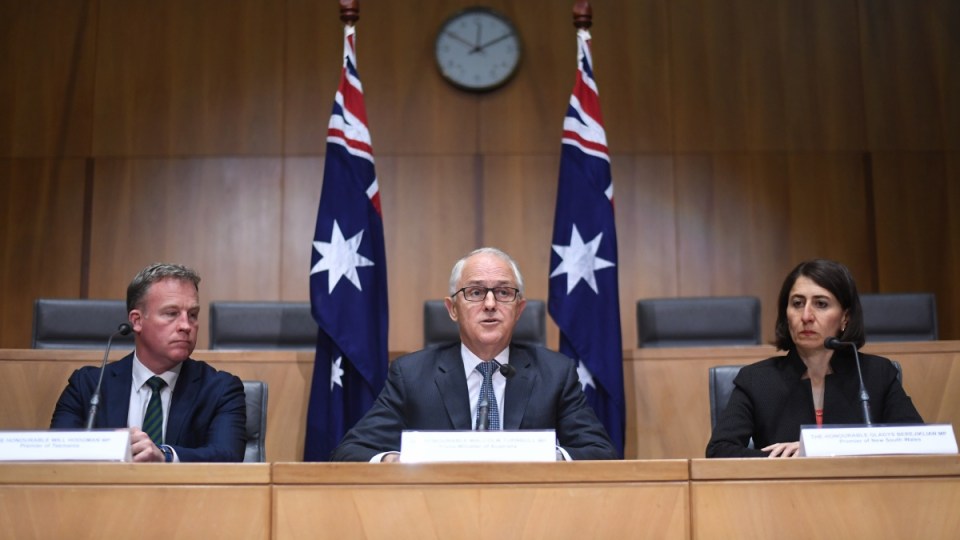 The Prime Minister’s pledge to introduce national legislation to detain people, including children as young as 10 years old, for 14 days without charge is a march towards totalitarianism, civil libertarians have warned.

Earlier this month, in what is known in intelligence circles as “security theatre”, Malcolm Turnbull held a special National Security COAG meeting of all state premiers and first ministers to advance the new laws.

Victorian Premier Daniel Andrews spoke for the group when he said: “Notional considerations of civil liberties do not trump the very real threat of terror in our country today.”

What was not disclosed to the public was that if anyone charged under Commonwealth terror laws spoke publicly about what happened to them in detention they would likely be sent straight back to prison.

Nor did the gathered leaders mention that if any journalist wrote about any alleged mistreatment during what are called Special Intelligence Operations (SIOs) they would also be jailed under changes to the ASIO Act.

The new laws have come under renewed focus with the recent release of ASIO’s annual report.

Distinguished former barrister and Canberra insider Pamela Burton told The New Daily she was extremely concerned about the extension of powers. Australia was a signatory to the United Nation’s Convention Against Torture and there had been significant efforts to implement a national system of inspections of all places of detention.

“I am dismayed at the path we now seem set on to authorise arbitrary power to detain people and children as young as 10, as a consequence of terrorism scares,” she said.

President of the Law Council of Australia, Fiona McLeod SC, echoed the concerns. She told The New Daily moves to detain 10-year-olds without charge for up to a fortnight was extraordinarily draconian.

“It’s the combined shock of having a pre-charge detention of up to 14 days and the revelation they’re going to seek to have this extended to the age of 10,” Ms McLeod said. “We’re talking about grade four kids. This has crossed the line.”

Attention on the extensive gifting of powers and budgets to Australia’s security services by the Abbott/Turnbull governments has renewed with the release of ASIO’s annual report.

Paul Murphy, head of the journalists union MEAA, told The New Daily hard-won democratic and civil rights were being signed away through a deluge of national security legislation.

“These greater powers have to be balanced with greater scrutiny, particularly if we are going to proceed to where minors are being arrested. One safeguard is fearless and independent reporting and when that becomes a crime, we move into very dangerous territory,” Mr Murphy said.

Solicitor Stephen Blanks, President of the NSW Council for Civil Liberties, told The New Daily the Abbott and Turnbull governments had gifted ASIO excessive powers inconsistent with a free society.

“There are inevitably doubts about the possibility of ASIO overreach and abuse of power,” he said.

Greg Barnes, spokesman for the Australian Lawyers Alliance, told The New Daily it was difficult to imagine a more unsuitable candidate than Australia for the UN Human Rights Council.

“The torture of asylum seekers, including indefinite detention of infants and children; the detaining without charge of children as young as 10 under anti-terror laws … you name it, Australia has it,” Mr Barnes said.

Professor David McKnight, author of Australian Spies and Their Secrets, said there had been no case advanced for 14 days detention without charge: “What makes the debate so difficult in Australia is no one wants to be seen to be soft on terrorism.”