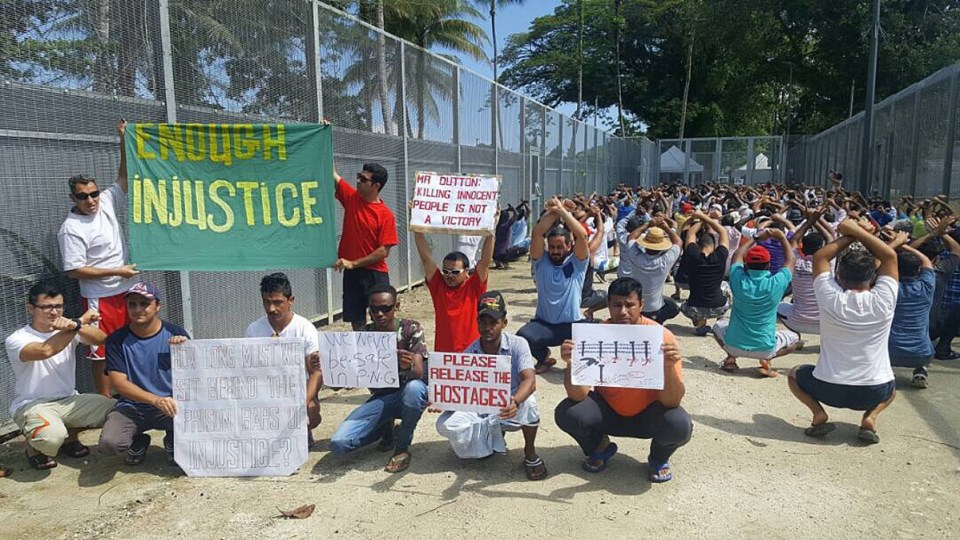 The proposed bill under Labor would give more than 24 hours to Photo: AAP

Refugee advocates have accused the government of covering up a mental health crisis inside Australia’s off-shore detention regime following the release of figures suggesting a dramatic decline in self-harm on Nauru and Manus Island.

The Department of Immigration and Border Protection recorded 58 self-harm incidents, which include suicide attempts as well as minor injuries, at the Manus Island and Nauru processing centres in 2016-2017, according to data exclusively obtained by The New Daily.

Department contractor, International Health and Medical Services, logged 42 cases on Manus Island, Papua New Guinea and 16 on Nauru, according to the figures released under freedom of information laws.

The figures represent a sharp drop from 2014-2015, when the immigration department recorded 243 cases of self-harm, most of them on Nauru, according to data previously reported by Fairfax Media.

Refugee activists, however, told The New Daily that the official figures did not paint an accurate picture of the dire mental health situation facing asylum seekers on the remote Pacific Islands.

“We have little confidence in either the quality or quantity of the figures provided,” said Tim O’Connor, communications director of the Refugee Council of Australia.

Last year, Fairfax reported that Comcare, which maintains health and safety standards at the regional processing centres, had investigated fewer than 250 of the 1092 injuries and assaults reported to it in 2013-2015.

Many asylum seekers have been moved into local communities in recent years, excluding them from department statistics even though they continue to live in limbo off-shore. Although about 2000 asylum seekers remain on the islands, the number inside the RCPs has declined from over 1500 to about 1140 since 2015.

The government sends all asylum seekers who attempt to come here by sea to offshore processing centres, permanently banning them from settling in Australia, as part of a strict policy aimed at deterring boat arrivals. Many asylum seekers have languished in the camps for more than four years.

“We do know, from first-hand accounts of people who have worked in the Nauru and Manus centres, and the innocent people who are indefinitely detained within them, that alarming rates of self-harm are reported to us, and suicides and even murder have occurred,” Mr O’Connor said, referring to the 2014 killing of Iranian asylum seeker Reza Barati during a riot at the Manus compound.

Behrouz Boochani, an Iranian journalist and asylum seeker on Manus Island, said the latest figures on self-harm were “completely unbelievable”.

“It’s clear that the refugees are not in a normal situation and always feel torture by the system,” Mr Boochani said, adding that the mental health situation was worsening by the day.

Natasha Blucher, detention advocacy manager at the Asylum Seeker Resource Centre, said she was sure the data was just the “tip of the iceberg” based on her daily conversations with asylum seekers and detention centre staff.

“I would almost 100 per cent tell you that those figures are incorrect and that there’s either skewing of reporting or underreporting of self-harm incidents,” Ms Blucher said. “Because there’s no way in the world that there’s only been that number of self-harms that have occurred over the past year.”

The detention centre on Manus Island is due to close next week, after the PNG Supreme Court last year ruled the confinement of refugees and asylum seekers to be unconstitutional. Last month, the first 52 refugees left Nauru and Manus for the United States as part of a controversial resettlement agreement.

Under the deal reached with former President Barack Obama, Washington agreed to take up to 1250 refugees in exchange for Australia accepting refugees in Costa Rica. Mr Trump later blasted the agreement as “dumb”, raising doubts about the number of refugees the US will ultimately accept.

DIBP referred all questions to the Nauru and PNG governments.