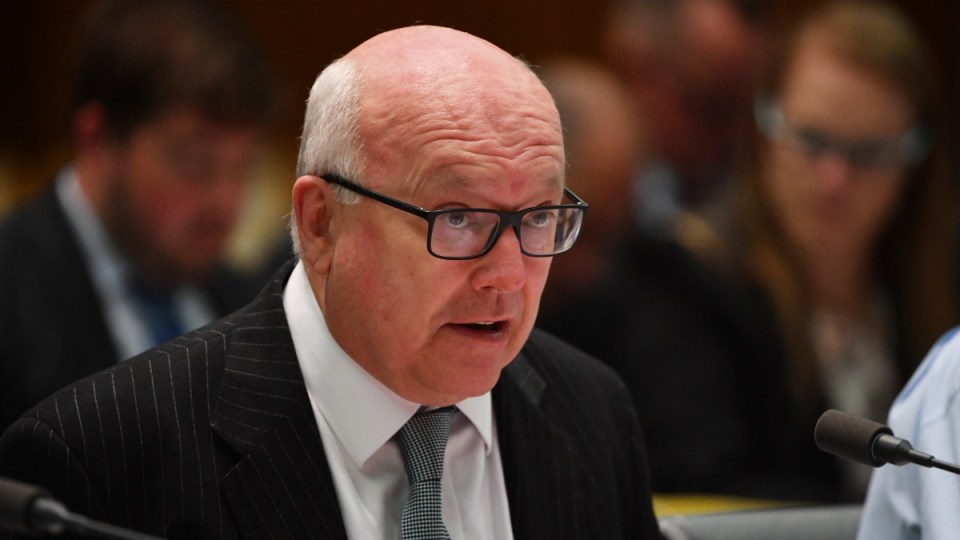 The Australian Federal Police has launched an investigation into the leaking of information about raids on two union offices, Attorney-General George Brandis has confirmed.

“Senator Cash’s office was advised on Thursday night by the Australian Federal Police that they have commenced an investigation into that matter,” Mr Brandis told the Senate Estimates hearing on Friday.

“You will recall that that course of action was suggested by Senator Cash.”

It comes as Employment Minister Michaelia Cash faces increasing pressure to resign for her office’s role in tipping off media about Tuesday’s police raids on the Australian Workers’ Union.

However, Ms Cash says she hasn’t considered resigning after admitting to giving wrong evidence to a Senate committee on Wednesday.

She told the estimates committee on five occasions she and her office had nothing to do with the media tipoff.

Meanwhile, the AFP confirmed on Friday morning the agency was investigating the “alleged unauthorised disclosure of information” about the raids.

AFP officers executed the warrants, which had been sought by the Registered Organisations Commission to ensure documents weren’t tampered with or destroyed.

The ROC told the estimates hearing on Wednesday night the AWU had refused to hand over all the documents it had requested, however on Thursday it retracted the statement.

The commission is investigating $200,000 in donations made by the AWU, including $100,000 given to activist group GetUp in the 2005-06 financial year while now-Labor leader Bill Shorten was the union’s secretary.

The AWU has lodged a freedom of information request with Senator Cash’s office to try and determine exactly when she learned about the raids.